VISION of the Future for PSMA-Targeted Treatment in Prostate Cancer 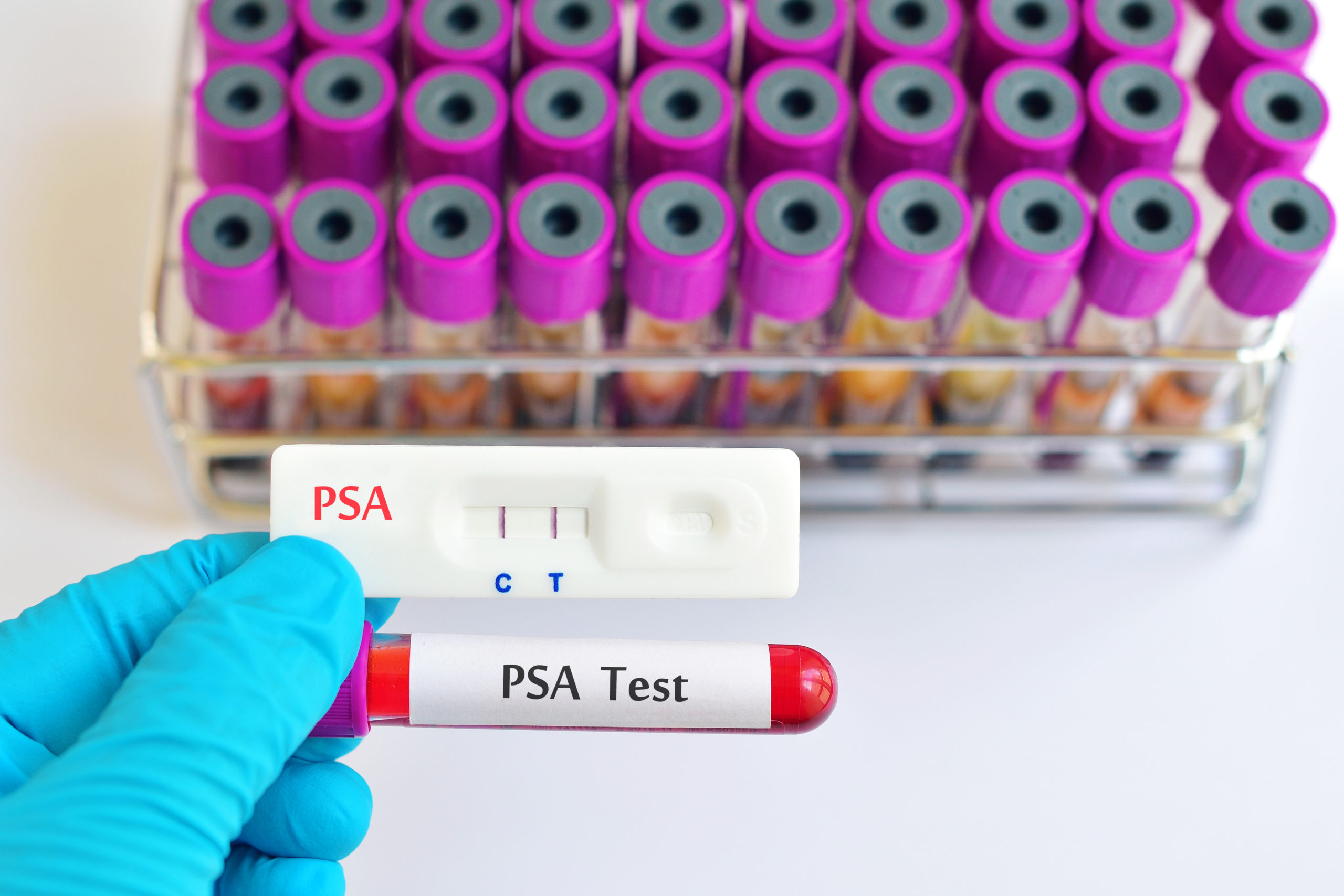 Discussions led by: Christopher Sweeney, MBBS, a physician at Dana-Farber Cancer Institute, and Professor of Medicine, Harvard Medical School and Silke Gillessen Sommer, MD, Head of the Medical Oncology Department and Medical Scientific Director of the Oncology Institute of Southern Switzerland (IOSI) at the Ospedale San Giovanni in Bellinzona

Early in 2021, investigators and pharmaceutical executives announced that the VISION trial (NCT03511664) had shown that addition of lutetium-177 (177Lu)-PSMA-617 to the standard of care in patients with metastatic castration-resistant prostate cancer (mCRPC), previously treated with androgen-receptor- pathway inhibition and chemotherapy, extended overall survival and delayed radiographic disease progression, with no notable safety concerns.1 The VISION results were presented at the 2021 ASCO annual meeting2 and published a short time later in The New England Journal of Medicine.3 On the basis of the VISION data, the US Food and Drug Administration (FDA) granted Breakthrough Therapy designation to 177Lu-PSMA-617, potentially expediting its development and review.4

177Lu-PSMA-617 is a novel targeted radioligand therapy that delivers particle radiation emitted by lutetium-177 to cells positive for protein-specific membrane antigen (PSMA), a transmembrane protein that is highly expressed in prostate cancer and associated with reduced survival. The PSMA-617 ligand was developed specifically for imaging and radioligand therapy of prostate cancer.

In VISION, an open-label phase 3 trial, 177Lu-PSMA-617 plus standard of care prolonged radiographic progression-free survival (rPFS) by an average of 4 months and reduced mortality risk by 38% compared with standard of care plus placebo. (Standard of care excluded chemotherapy, immunotherapy, radium-223, and drugs under investigation at the time of the trial such as olaparib.)

In a discussion after the ASCO meeting, questions about the VISION trial were discussed by Christopher Sweeney, MBBS, a physician at Dana-Farber Cancer Institute, and Professor of Medicine, Harvard Medical School, and Silke Gillessen Sommer, MD, Head of the Medical Oncology Department and Medical Scientific Director of the Oncology Institute of Southern Switzerland (IOSI) at the Ospedale San Giovanni in Bellinzona.5

Dr. Sweeney compared patient eligibility criteria for VISION with those for the earlier TheraP trial in which 177Lu-PSMA-617 was compared with cabazitaxel “in pretty much the same patient population.” “There was a PFS benefit there; the study was randomized phase 2, so not powered for survival, but against a true standard of care, cabazitaxel looked relatively good,” he remarked. (Median PFS was 5.1 months in each treatment group.} “They were very specific about who got on that study,” he added, noting that patients underwent gallium-68 [68Ga]Ga-PSMA-11 and 2-fluorine-18[18F] fluoro-2-deoxy-D-glucose (FDG) PET-CT scans and had to be PSMA-PET positive and FDG-negative, thus excluding patients unlikely to benefit from therapy targeting PSMA.

Dr. Gillessen Sommer added that about 30% of patients screened for TheraP were excluded based solely on PSMA-PET, whereas, in the VISION trial, only about 15% of the patients could not participate based on PSMA-PET characteristics. “So there was already a difference in the selection of patients who were considered,” she said.

The difference between the trials arose after the FDA acknowledged that it was not possible for everyone to have FDG and PSMA PET scans for the VISION study. “So they said, if you have some PSMA- PET positivity and not too much non-discordant PSMA-PET negative disease, you could go on to the trial,” Dr. Sweeney explained. That accounted for the difference in intake, he concluded.

Dr Sweeney said that he had a “huge issue” with the term “standard of care” in the VISION trial, where most of the agents usually included were among the exclusion criteria. “Most of the patients who got this were either abiraterone after enzalutamide or enzalutamide after abiraterone, or maybe they got dexamethasone because they’d explored all options,” he said. “So it was a minimally active control, and the reason for that is because both arms got this minimally active control where you couldn’t get cabazitaxel or radium-223 with 177Lu-PSMA-617. I think the term “standard of care” is a misnomer because they’re not agents I would have chosen. Dr. Sweeney and Dr. Gillessen Sommer agreed that both cabazitaxel and radium-223 are standards of care that they would have offered these patients. This omission did not diminish their opinion of activity and efficacy of 177Lu-PSMA-617, however. “The drug works. We know how the drug works,” Dr. Sweeney stressed.

“But the trial was designed to show the drug works to get it approved. Let’s actually call it what it is. It’s not a standard of care; it was designed to show activity,” he maintained. (When questioned about this, VISION investigators said that cabazitaxel and radium-223 were excluded from the trial SOC because of lack of information about toxicity in combination with 177Lu- PSMA-617; they acknowledged that the VISION SOC was not a “true” SOC and stressed that it was “protocol-defined.”)

The need for PSMA-PET was a subject of discussion after the ASCO meeting presentation of VISION, with suggestions that it is unnecessary for every patient, as well as being too inconvenient and expensive. Dr. Sweeney also questioned whether PSMA-PET should be a companion diagnostic in this situation or whether a “better” tumor standardized uptake value (SUVmax) cut-off should be developed to maximize efficacy and minimize futility. “If you had the right cut point

for the right amount of disease, the treatment effect might be higher,” he suggested. No studies are currently looking at this, to his knowledge. (VISION investigators have said that they are in the process of analyzing their PSMA-PET data.) Dr. Sweeney stressed the need for new biomarkers, like the BRCA1 and BRCA2 mutations in prostate cancer tumors that have been shown to identify patients who will benefit from treatment with the poly(ADP-ribose) polymerase (PARP) inhibitor, olaparib. “What is actually happening is that new radioligands are being developed with different antibodies to target and with actinium-225 or thorium-227. Which one’s going to be better, I don’t know, but there’s a whole host being developed in different situations,” he said. “We need to actually push for more rigorous biomarker development,” he urged. “We as investigators have to push for this, and if we’re on steering committees, we have to be a little bit more vocal about these things.”

“Lutetium PSMA is another piece on the chessboard. It’s great, but let’s put it in context: it didn’t cure patients. It’s a good therapy, like all our other therapies, it just didn’t replace anything,” Dr. Sweeney declared. “My goal is to get as many therapies in as possible,” he said. “If the chemotherapy fits, get docetaxel and cabazitaxel, and at some stage, if the patient has a BRCA mutation, get their profiling to see whether they’re a PARP inhibitor candidate. He speculated, “Assuming 177Lu-PSMA-617 is approved, if the label were broad, I would probably use it before chemotherapy in a patient who has clear PSMA-PET positivity,” adding, “To be very clear, I have not seen anything to suggest that patients cannot tolerate cabazitaxel because of potential bone marrow toxicity after they’ve had any of the radionuclides.” (VISION investigators anticipate first approval in the post-chemotherapy setting; studies are currently ongoing with 177Lu-PSMA-617 in earlier lines.)

Dr. Gillessen Sommer explained that 177Lu-PSMA-617 is now available in Italy on an expanded access basis, and before that, patients from her center would be sent to Germany, where 177Lu-PSMA-617 was already in routine use. “So we did one endocrine agent, one chemo at least, as it was done in the VISION trial, then most patients said before they did a second chemo, that they wanted to do 177Lu-PSMA-617, and I guess that’s a reasonable approach,” she said. The exceptions would include patients with a super scan, who were also excluded in the VISION trial because of possible myelotoxicity, she noted. “I think this is very important and that’s also what our nuclear medicine people would say,” she said. “I would also be a bit careful about patients with liver metastases that don’t have really low PSMA expression,” she added.

Dr. Sweeney foresees that 177Lu-PSMA-617 will eventually replace radium-223, “Radium-223 is challenged by the fact that PSA does not go down in most patients and they may actually have some soft tissue progression on therapy,” he said. “It’s really hard to keep the patient on to the six doses, where there is benefit if the PSA is going up. “So you grit your teeth and you grip it and rip it,” he quipped. “177Lu-PSMA-617 is just easier and less stress because everyone wants to see the PSA go down,” he concluded.