Patients with UTUC typically present with symptoms of renal colic including flank pain, gross hematuria, or dysuria, which often prompts urologic evaluation. However, up to 15% of cases can be asymptomatic and ultimately are diagnosed as incidental radiologic findings.2,3 Among patients diagnosed with UTUC , 1 of 4 will have a component of a variant histologic subtype such as—but not limited to—squamous cell, micropapillary, or neuroendocrine.1 The micropapillary variant is rare, but similar to bladder cancer, has shown poorer oncologic outcomes in terms of progression-free survival (PFS), and cancer-specific survival (CSS) as demonstrated in a series of 418 patients undergoing nephroureterectomy for UTUC.4 In this issue of GU Oncology Now, we review a recently published article by Nogueira et al on the impact of variant histology on UTUC diagnosis.5

Currently, the gold standard of care for a new diagnosis of high-risk UTUC is a radical nephroureterectomy (RNU) with bladder cuff excision. Kidney-sparing therapies such as endoscopic (ureteroscopic) ablation are typically reserved for patients with low-risk disease, underlying chronic kidney disease or in the presence of a solitary kidney. Risk categories are defined on the basis of European Association of Urology (EAU) guidelines.6 The EAU guidelines note that in addition to micropapillary UTUC, squamous and sarcomatoid variants of UTUC have been associated with worse oncologic outcomes.6 In a large series of 669 patients with UTUC , 13% were noted to have squamous differentiation. On 5-year CSS analysis, this correlated to a 47% rate of CSS for the squamous cohort compared with 63% for the nonsquamous cohort. Regardless of which variant is in question, the presence of variant histology is associated with worse CSS and OS.6

Unlike bladder cancer, the role of neoadjuvant therapy for UTUC remains unsettled; however, recent results from a prospective trial offer promise. At the 2022 meeting of the American Society of Clinical Oncology (ASCO), the results of a prospective phase 2 trial investigating the use of gemcitabine and cisplatin (GC) as neoadjuvant therapy for patients with high-grade UTUC were presented.7 Among the 57 patients enrolled in the trial to receive 4 cycles of GC before surgical therapy, the authors reported a complete response in 19% of patients as well as a 63% pathologic response rate.7 Furthermore, they reported that 70% of patients were able to complete all 4 cycles of neoadjuvant GC and received surgery, suggesting that the strategy is highly feasible. Also promising were the 5-year overall survival rate of 93% and the PFS rate of 76%.7

According to the authors, a primary limitation in the management of UTUC compared with bladder cancer is the “frequent lack of adequate tissue prior to RNU.” Furthermore, although instrumentation in ureteroscopy has improved dramatically with the introduction of tools such as the Piranha ureteroscopic biopsy forceps, some drawbacks remain.8 In a retrospective review comprising 314 patients undergoing pre-RNU ureteroscopic biopsy, the authors noted a significant rate of upgrading (high grade, from 61% to 79%) and pathologic upstaging (cT1, from 21% to 45%) on final pathology.9 The most likely culprit is the inability of ureteroscopic biopsy to access deeper layers of the ureter or renal pelvis.1 Additionally, Nogueira et al remark that the diagnosis of variant histology requires additional tissue that can usually only be acquired on final pathologic sampling after RNU.

As rates of variant histology in UTUC continue to increase, the authors emphasize the importance of understanding the impact of variant histologic patterns. To answer this question, the authors conducted a retrospective search of a clinical research database at Memorial Sloan Kettering Cancer Center (MSKCC) of patients undergoing RNU between January 1995 and December 2018. The authors identified 809 patients who underwent RNU and excluded patients with a final diagnosis of renal cell carcinoma (RCC), or who were negative for malignancy, or who had evidence of metastatic disease.

On final analysis, the authors reported that 6.7% (n=47) of the final cohort had variant histology on pathologic analysis. Most of the variants identified were squamous (n=28), followed by sarcomatoid (n=8), and rarer histologies such as pure squamous and small cell. No micropapillary variants were identified. The authors commented that there is wide variation among reports in the literature regarding what percentage of UTUC patients undergoing RNU have variant histology, with ranging from 7.5% of 40% based on cited studies.

However, when the authors adjusted the results for pathological T stage, no relationship was seen, suggesting that “variant histology does not add predictive information to pathologic findings after nephroureterectomy.” In other words, patients with a higher stage of disease were more likely to have variant histology, and identification of this relationship prior to RNU would possibly be a predictor of high-risk tumor biology. The authors proposed that their lower reporting percentage could be a result of the inclusion of patients who underwent RNU before the era of genitourinary pathology emphasizing the importance of identifying variant histology.

The authors also discussed several potential limitations presented in the study. As referenced earlier, the phase 2 clinical trial investigating the role of neoadjuvant GC in UTUC is being conducted at MSKCC. The authors commented on the temporal increase in variant diagnoses noted after 2005, and with patients with higher stages of disease receiving neoadjuvant therapy as a part of the clinical trial, the oncologic outcomes presented in the report may have been affected. Other concerns in the literature include the question of variant-specific variability in regard to aggressiveness; however, due to the low number of specific subgroup variants, the authors state they did not perform subgroup analyses.

The R.E.N.A.L. Nephrometry Score
David Ambinder, MDJournal | November 22, 2022
Robert Uzzo gives an overview of the RENAL score that he developed, plus his outlook on the future of renal characterization.
Read More 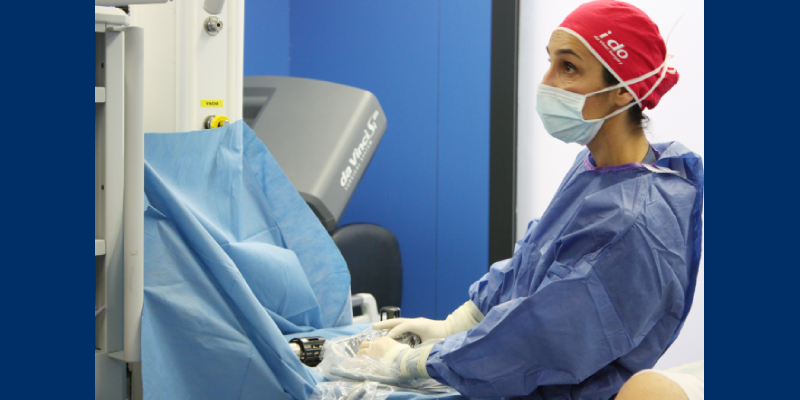