The Past, Present, and Future of Focal Therapy Use 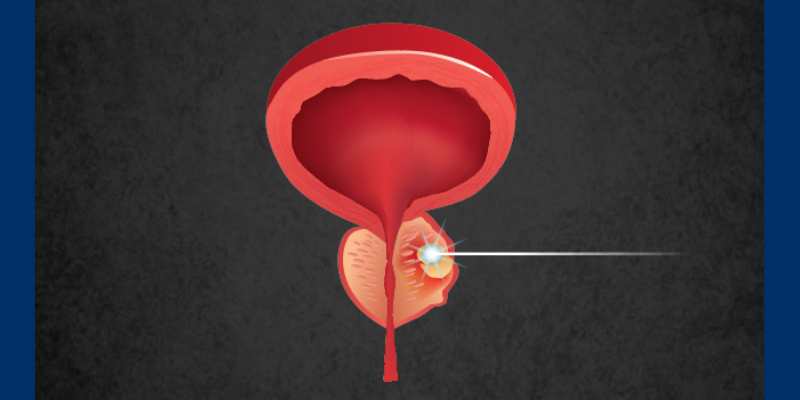 Scott Eggener, MD, is a professor of radiology and urologic oncology and the Bruce and Beth White Family Professor of Surgery at the University of Chicago. He is also vice chair of the Section of Urology at University of Chicago Medicine, where he serves as director of the UChicago High-Risk and Advanced Prostate Cancer Clinic (UCHAP). In addition to many other interests and contributions to the field of urologic oncology, he has been a strong leader in the development of focal therapy, including acting as the principal investigator (PI) for several clinical trials, and presenting on the topic globally.

David Ambinder, MD: For more than 15 years, you have been involved in the use of focal therapy in the treatment of patients with prostate cancer. Would you give us a brief history of how it started and developed, and where we are today?

Scott Eggener, MD: The brief overview of this long story must begin by recalling that before the development of focal therapy, radical surgery was the standard of care. However, it eventually became apparent that more isn’t necessarily better. The breast cancer setting is held up as the best example of success with focal therapy for treatment of patients. Initially, localized breast cancer was managed with radical therapy, but, over time, performing a lumpectomy has become a standard of care. Today roughly 60%-70% of women receive focal therapy for breast cancer. This experience laid the groundwork for pioneers in the use of focal therapy for prostate cancer, although, unfortunately, we are about 40 or 50 years behind in properly evaluating it in prostate cancer.

The parallels from initial reports to case series to randomized trials are quite similar between breast and prostate cancer. Gary Onik, MD, started investigating the use of focal cryotherapy in the 1990s. At that time, it was not very popular, and focal therapy was initially met with significant resistance. However, about 15 years ago, support for focal therapy began to grow. There was a group of well-known academic prostate cancer specialists who started entertaining the idea that maybe we should consider it. That is how I got involved, as a fellow working with Peter Scardino, MD, at Memorial Sloan Kettering Cancer Center. Over the past 15 years, there has been a lot of innovation and much work has been done to improve the quality of the data and our understanding of the technology. In 2022, we’re finally in an era where there are several developed and ongoing randomized trials of focal therapy for prostate cancer that we hope will add to our knowledge.

Focal therapy is defined as treating prostate cancer by any modality short of treating the entire prostate. This includes many different templates, including just treating the lesion itself, a hemiablation, hockey-stick ablation, etc. Currently, there are more than 15 different modalities available. The most common and oldest forms that are still being used include cryotherapy or highintensity focused ultrasound (HIFU), but focal therapy also includes focal brachytherapy or focal external beam radiation therapy. Irreversible electroporation, or IRE, other forms of ultrasound energy, and laser ablation are also modalities available. In summary, there are numerous ways to destroy or ablate certain areas of the prostate.

Ultrasound-based focal therapy seems to be gaining the most in popularity. HIFU has been approved by the US Food and Drug Administration (FDA) for a number of years, and there are several companies that use its technology. Many centers use HIFU primarily for focal therapy, sometimes whole gland therapy, and occasionally for salvage therapy following radiation therapy. There also are a number of centers that still use some form of cryotherapy.

This is a busy space, and there are a lot of well-funded, commercially driven, scientifically backed delivery systems for focal therapy. However, it is critical that we don’t “put the cart ahead of the horse.” We need to use a proper evidence-based approach to be sure which patients would benefit from focal therapy and how to counsel them appropriately. That requires collecting long-term data, ideally via randomized controlled trials.

To that point, who is the ideal candidate to consider focal therapy?

Unfortunately, it is not easy to define the right patient and often depends on whom you ask. To quote former Supreme Court Justice Potter Stewart, “You know it when you see it.” Determination is based on biopsy, multiparametric magnetic resonance imaging (MRI), and the patients themselves. When I counsel patients, I try to explain what we know about focal therapy in numbers and percentages while staying even-handed about discussing what we don’t know. I would summarize by saying I’ve rarely, if ever, met a patient to whom I’ve said I absolutely recommend focal therapy because it is the best thing for you. However, it is always one option among other options, and as long as patients are well-informed and they choose to do it, I’m very comfortable with it.

If I had to describe the characteristics of an ideal candidate, they would include some degree of Gleason pattern 4 disease as well as 1 or 2 lesions visible on MRI in an area of the prostate that could be thoroughly ablated with minimal toxicity. The patient should also be compliant with the requirements for follow-up, and there are a lot of other potential indications.

It depends on the area and amount of the prostate being treated. Like the familiar phrase in real estate, it’s about “location, location, location.” There are parts of the prostate that you can treat very aggressively, like the anterior prostate, where there is low to no risk of meaningful side effects as long as the treatment is not near the urethra. It’s very different if the lesion is sitting on the capsule, right near the nerves posterolaterally, or if it’s at the apex of the prostate.

I try my best to estimate the likelihood of erectile dysfunction based on how much we’re going to treat and where the lesion is located. Urinary incontinence is rare. I can’t think of a single patient who developed meaningful stress incontinence afterwards, although some patients can experience short-term urgency. In one of the trials done with transurethral ultrasound ablation (TULSA) there was ~2% chance of new meaningful incontinence. However, I haven’t encountered this in my own experience. Certainly, there is a risk of fistulas with very aggressive ablation, but that risk should be extremely low to zero, although it has been reported in some cases.

What are some technical challenges that should be considered while performing focal therapy?

This is an important question. We make the decision to offer focal therapy based on digital rectal exam (DRE) findings, biopsy, prostate-specific antigen (PSA), and, importantly, MRI. However, MRIs are good, but far from great, and tend to underestimate tumor volume. Its use is important for administering the energy and covering the intended lesion or lobe of the prostate, but it’s imperfect. Many studies looking at biopsies following focal therapy suggest approximately 80% eradication of the area targeted for treatment. I tend to like systems that give feedback. At our center, we have had experience with magnetic resonance-based therapies, where there is thermometry feedback, and we get a sense of when we have reached certain temperatures throughout the prostate. However, even that is aspirational, not perfect.

What are the relevant and important studies that focus on the oncologic and functional outcomes after focal therapy?

The only randomized trial in this space in urology evaluated the photodynamic therapy trial.1 Unfortunately, it was designed to include only patients with low-risk disease and never met the bar for FDA approval, and is not available in the United States.

Regarding, HIFU, the best long-term data come from the United Kingdom, single centers, and nationwide data with 10-year follow-up on overall survival, disease-free survival, development of metastatic disease, and the need for further therapy. Excitingly, there are now a handful of randomized trials either accruing or being planned as well as discussions with the FDA for registration of controlled trials to develop high levels of evidence of cancer-specific and functional outcomes.

What are some published clinical trials in which you have been involved?

We’ve published 2 separate MRI-guided laser ablation studies. The University of Chicago was a treatment site, and I was the PI for the TULSA phase 2 study, which involved roughly 110 patients who underwent transurethral MRI-guided ultrasound ablation—a procedure that is now available for focal therapy. We also took part in a randomized trial where there was injection of immunotherapy. That’s not focal therapy per se, but it falls within the category of minimally invasive, novel techniques.

Focal therapy has a lot of potential. I think people are coming around to that. What motivated you to get involved early on with it and to stick with it?

For me, it was being at the right place at the right time and having good mentors. I was a fellow at Memorial Sloan Kettering, and one of my heroes and most influential people in my career was Dr. Scardino. He approached me and said, “We’ve been having these meetings and discussions on focal therapy with other folks. Would you mind writing it up and being involved with this consensus statement?” It sounded like a crazy idea, but something worth learning more about, and I subsequently dove in. In my first faculty position I partnered with our current chair of radiology, Aytekin Oto, MD, MBA, wrote some grants and worked with small companies on focal therapy and laser ablation. I really took an interest in the research and clinical space.

What do you foresee changing in the landscape of focal therapy over the next 10 years?

In this era of marketing, many companies are working in this space and financially motivated, which is why the trials are so important. There is potential for combining focal therapy with other medications such as immunotherapy. However, this idea is still in the conceptual phase and is a long way from being realized.