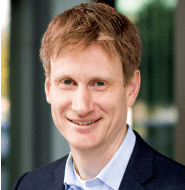 In this moderated poster presentation at the American Urological Association (AUA) 2022 meeting, Neal Shore, MD, detailed the safety analysis of the phase 3 HERO trial1 that ultimately led to the 2020 US Food and Drug Administration (FDA) approval of relugolix, the first and only oral gonadotropin-releasing hormone (GnRH) antagonist.

Patients in HERO were randomized in a 2 to 1 ratio to receive relugolix or leuprolide. Those who met the inclusion criteria were not considered appropriate for treatment with interventional therapy, such as surgery or radiation, but were appropriate candidates for starting androgen-deprivation therapy. Patients had to be treated for at least 1 year. Primary endpoints of the study focused on the efficacy of testosterone suppression. Other secondary endpoints included changes in prostate-specific antigen (PSA). The study also aimed to investigate the safety profile of relugolix.

The investigators examined both the rate of events and the duration of use prior to experiencing an adverse event (AE).

Dr Shore illustrated that patients experienced a higher rate of AEs, such as hot flashes, fatigue, and diarrhea, with oral relugolix compared with leuprolide; however, all AEs were of grade 1 or 2 severity. There was also a slight increase in patients experiencing arthralgias in the oral relugolix arm. He presented a table comparing MACE that showed a significant odds ratio between patients who received an LHRH agonist every 3 months and those who took relugolix daily; the findings showed that MACE tended to occur earlier and at a higher rate in the LHRH group. Dr Shore commented that he believes this difference is likely related to the mechanism of action of an LHRH agonist, when compared to a GnRH antagonist, and that this accounts for the subsequent risk seen in the cardiovascular AE profile and, ultimately, the safety of the drug.

In this podium discussion at AUA 2022, Dr Shore began by outlining his desire to explain how relugolix (an oral agent that acts as a GnRH antagonist) compares with the standard of care (an LHRH agonist). This study was a pooled safety analysis investigation of 2 randomized controlled trials, the C27002 trial2 and the HERO study,1 that compared daily relugolix with leuprolide given every 3 months.

C27002 was a phase 2, randomized, open-label, parallel-group study of 125 men with advanced prostate cancer who were stratified 2 to 1 to either leuprolide or oral relugolix. Patients in the leuprolide arm received a 22.5-mg subcutaneous injection. The relugolix loading dose was 3 pills on the first day and 120 mg daily thereafter. Patients were given relugolix over 24 weeks. The study reported that these participants had reduced and sustained testosterone-to-castration levels, and that the drug was well-tolerated and had an acceptable safety.

In comparison, HERO was a phase 3, randomized, open-label, parallel-group study in which consistent results showed that use of relugolix led to sustained testosterone suppression over 48 weeks while maintaining an acceptable safety profile. Of particular interest, when compared to leuprolide standard of care, relugolix maintained a 54% decrease in the risk of MACE.

HERO was a pivotal trial that led to the registration and FDA approval of oral relugolix. Its design was similar to the C27002 clinical trial, except it included 934 patients. The primary endpoint for HERO were testosterone suppression; its many secondary endpoints included testosterone recovery, safety, tolerability, and PSA correlates.

Dr Shore focused on the pooled analyses and safety of these 2 landmark trials. Overall, AEs were comparable between the treatments. The rate of serious AEs (grade 3 and higher) was 9.5% in the relugolix arm versus 12% in the leuprolide arm. The rate of AEs leading to discontinuation was 3.6% in the relugolix arm versus 0.3% in the leuprolide arm. Dr Shore also emphasized the reports of MACE, which included nonfatal myocardial infarction, nonfatal cerebrovascular events, or death. For any grade, there was a 2.8% versus 6.3% risk of MACE for patients receiving relugolix compared to leuprolide; hot flashes (55.2% vs 52.4%) and fatigue (22.3% vs 19.3%) were similar between the 2 groups. Notably both low-grade constipation (11.7% vs 9%) and diarrhea (11.7% vs 6.3%) were worse in the relugolix arm when compared to the leuprolide arm. Dr Shore attributed this finding to relugolix being an oral drug that requires hepatic metabolism, which may contribute to an earlier onset of gastrointestinal symptoms.

Regarding duration and time of onset of AEs overall, patients given relugolix reported earlier experiences of AEs. When looking at MACE and pooling the analysis together in the C27002 phase 2 study, the findings corroborated what was seen in the HERO trial—a 54% reduction in the risk of a patient experiencing a MACE. During the question period, Dr Shore was asked if the patient cohorts were well-balanced in the pretreatment period prior to beginning the investigation of MACE. He answered affirmatively and said that one of the exclusion criteria for the trial was experience of MACE within 6 months of trial eligibility. A total of 15% of patients in each cohort had a history of experiencing a MACE more than 6 months before trial enrollment. He added that demographics were well-balanced between the cohorts, as were other cardiovascular risk factors that may contribute to MACE, such as glycated hemoglobin level and preenrollment electrocardiogram results.

Overall, Dr Shore expressed excitement that oral relugolix, a highly selective GnRH antagonist, is the first drug in its class to receive FDA approval. Its convenient once-daily administration and support from the pooled safety analyses trials help to highlight its potential for improving patient care.