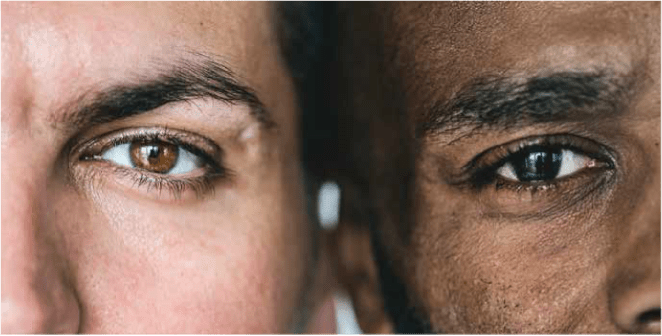 Racial disparities in prostate treatment and outcomes were addressed by Quoc-Dien Trinh, MD, Associate Professor of Surgery at Harvard Medical School, Co-Director of the Dana-Farber/Brigham and Women’s Prostate Cancer Center, and Director of Ambulatory Clinical Operations at the Division of Urological Surgery at Brigham and Women’s Hospital. Dr. Trinh focused on a conceptual framework developed for health disparities research that classifies the process into 3 phases: detection, understanding, and reduction (or elimination).1 Probably the most important phase is reducing disparities in access to prostate cancer treatment, he noted.

One study showed a disparity in mortality between Black and Non-Black patients on active surveillance for Gleason 6 prostate cancer.3,4 And it is possible that this finding can be explained by genetic differences in Black men predisposing them to increased mortality, in which case they would not be good candidates for active surveillance, Dr. Trinh noted. He favors an alternative interpretation, however, which is that access to care, including factors such as decreased access to MRI, or to follow-up biopsy as part of their surveillance plan, is not as well managed for the African American patient population. That may explain the other differences in health outcomes, although there are many other components such as social factors that will ultimately affect outcomes in Black prostate cancer patients, Dr. Trinh acknowledged.

A 2014 study that used the Surveillance, Epidemiology, and End Results (SEER)-Medicare linked database to investigate racial differences in surgical care found significant differences in quality of care in terms of receipt and delay in treatment, perioperative complications, and perioperative receipt of lymph node dissection.5 This did not translate into a difference in prostate cancer-specific or all-cause mortality between Black and White patients, however. Importantly, Dr. Trinh noted, in this study, all the men had Medicare coverage, only men with non-metastatic disease were included, and all patients underwent surgery. In the general population, Black men tend to be underinsured, diagnosed at a later stage, when their disease is more aggressive, and they tend to be undertreated for prostate cancer, he noted, suggesting that “when you level the playing field, there is no difference in outcomes between Black and White prostate cancer patients.”

The findings of this study were consistent with previous reports of studies carried out in the Veterans Affairs and US Military Health Systems, where patients typically have equal access to care and coverage. Studies within these systems have shown no difference in time between biopsy and radical prostatectomy between Black and White patients, and no difference in outcomes between Black and White prostate cancer patients who chose active surveillance. These studies suggest that if we provide equal access to care, we may not see the same disparities that are reported in large-scale population-based registries, Dr. Trinh affirms.

A study described as “provocative” when in was reported in 20196 reported that after adjusting for demographics and comorbidities, survival in Black prostate cancer patients was 27% worse than in White patients, whereas after simulation of equal access to care, the difference was only 4%. After simulating equal access to care and equivalent tumor characteristics, Black patients had 8% better survival than White patients. Although controversial at the time, these findings were supported by other studies using SEER data and clinical trials emphasizing that if African American men are treated similarly, their outcomes are similar or even better than reported for their White counterparts. Other analyses of data deconstructed from SEER registries suggest regional variations in prostate cancer outcomes may account for race-based survival differences at the national level. Institutional level studies have also revealed a significant difference between treatment rates of White and Black men with prostate cancer.

Current work is focused on improving access to care and includes a comparative care study by which Dr. Trinh and colleagues at Harvard aim to identify factors, processes, programs, and practices associated with receipt of definitive therapy in Massachusetts and develop interventions to encourage care for Black men with prostate cancer. The study is funded by the American Cancer Society. Another study at Harvard will address the concept of minority-serving hospitals or hospital systems serving health disparity populations (HSDPs). There is evidence that minority serving hospitals are associated with decreased odds of receiving definitive therapy and a higher time to treatment,7 Dr. Trinh explained.

Dr. Trinh concluded that although there are differences in prostate cancer between minorities and non-minorities, “there is truly a disparity, which is a form of discrimination including biases and structural racism.” He called for more work to be done to address the issue of access to care to mitigate these racial disparities.