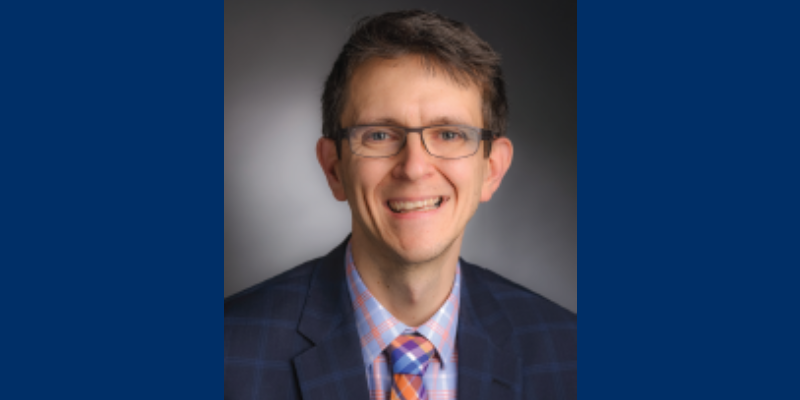 Bradley (“Brad”) McGregor, MD, is currently Director of Clinical Research at the Lank Center for Genitourinary Oncology and Senior Physician, specializing in genitourinary (GU) malignancies at the Dana-Farber Cancer Institute, as well as Instructor in Medicine at Harvard Medical School. At first glance, his career path appears to have been similar to that of many other GU oncologists in academic medicine –- early ambition to become a physician followed by graduation from a prestigious medical school –- but his commitment to the US Air Force ensured that his postgraduate training and clinical practice were different from the usual track. “I’ve had a very unusual path for academic medicine compared to most,” Dr McGregor acknowledges.

Beginnings in the Air Force

Dr McGregor’s view of the military – and the medical profession – was formed as he was growing up the son of a navigator in the US Air Force. Born in California, he and his family moved around the US with his father’s work. When he was 10 years old, his father was diagnosed with acute lymphoblastic leukemia (ALL) and the care he received from the military greatly impressed the youngster. “I remember very clearly, we were in Nebraska, and he was air-evac’d out to San Antonio, where he got treated, He was actually cured of ALL, which to this day is still amazing,” Dr McGregor recalls. “So from a young age I wanted to be a doctor and to be able to do the same things those doctors did for my dad,” he says.

After his father recovered and was medically retired from the Air Force, the family moved to New England. When it was time for college, Dr McGregor was accepted by Tufts University School of Medicine into the MD Early Assurance Program. “My dad being in the military, with the financial implications of medical school, I joined the Air Force under the Air Force Health Professions Scholarship Program (HPSP),” he explains.

After graduating in 2004, he envisaged himself staying in Boston, “but the military had other ideas” and he ended up going to the San Antonio Uniformed Services Health Education Consortium (SAUSHEC) to do his residency (internal medicine) and fellowship (hematology/ oncology). SAUSHEC is one of two major Department of Defense multi-service graduate health education platforms in the US (the other is National Capital Consortium at Walter Reed National Military Medical Center). “I actually did my training at the same hospital, Wilford Hall Medical Center, where my dad received his treatment for ALL,” he notes. During this time, he obtained board certification in internal medicine (2007), hematology (2010), and medical oncology (2010).

After his postgraduate training, he began his service in the Air Force, providing oncologic care to active-duty members, their families, and retirees. He remained in San Antonio as staff for one additional year and then with his wife, whom he had met and married in San Antonio, he moved to California, to work at the David Grant USAF Medical Center at Travis Air Force Base in Fairfield, CA. While in the 60th Medical Operations Squadron, he provided oncologic care across the spectrum of malignant and benign hematology and medical oncology. “While I was in California, I saw everything – I was constantly learning,” he recollects. “There were 4 to 5 of us in the department at any given time and so you would get comfortable with everything, including the really rare cancers,” he adds.

Since he signed on to Air Force, however, the military had been changing. “Before 2004, deployments of physicians were infrequent, but then it became a much different experience overall, starting with people going out to Iraq,” Dr McGregor explains. So in September 2012, shortly after he found out his wife was pregnant with their first child, he found out that he would be deploying to Afghanistan as an advisor to the Afghan national army. He spent the next 6 months training for deployment, including basic and weapons skills. (“I did OK, but I’m still nervous holding a weapon,” he admits.) He was deployed in January 2013. Luckily, he kept in touch with his wife via FaceTime and he was there virtually for the birth of his daughter in March 2013, while he was overseas.

At the time of his deployment, the NATO-led International Security Assistance Force (ISAF) in Afghanistan was in the process of transferring command of combat missions to the Afghan forces and moving to advising and training. Dr McGregor served as Deputy Commander of the Medical Training Advisory group in Kabul. His role was advisor to the Afghan National Army, working with military physicians to help improve their health care system, “Every morning I would put on my body armor and helmet, take up my assault rifle, and leave the US compound and walk over to the Afghan compound,” he recollects.

He mentored physicians, both men and women, at the Afghan Military Hospital the largest military medical facility in Afghanistan, “I mentored in different aspects of medicine and running a hospital, from things like how to park the ambulances next to each other and not behind each other so you don’t have to wait for each driver to leave to providing lectures on ICU care,” he says. It gave him a lot of experience, “but I think about the doctors I mentored and what might have happened to them since then,” he admits. He reached the rank of Lieutenant Colonel and received the Meritorious Service medal.

Moving on to Oncology Care

In July 2016, Dr McGregor left the Air Force. “My time in the military was up and I wanted to do more,” he explains. “I wanted to be an expert in oncology, which is challenging when practicing all hematology and oncology, and we wanted to live on the East Coast. Dana-Farber had an option for a GU clinical oncologist to see patients, and I thought, that sounds perfect. So I applied and said to them, ‘I want to do this. I’ve no specific GU background, but I’m an excellent doctor and I will excel in this role.’ In many ways, though, I think I was a risk, because I’m not the classical path” he acknowledges.

Nowadays he spends one day a week at each of Dana-Farber’s two locations, at Boston (Longwood) and Chestnut Hill, seeing patients with adrenocortical carcinoma, bladder cancer, kidney cancer, penile cancer, prostate cancer, or testicular cancer. The rest of his week is taken up with a range of institute responsibilities. He also serves as the Dana Farber GU Network Liaison with other hospitals within the New England area. From a research perspective, Dr McGregor is currently focused on kidney cancer and bladder cancer. “I was recently very heavily involved in the EV-201 trial, which led to the regulatory approval of enfortumab vedotin in bladder cancer,” he notes.1–4 He also co-authored the report of the COSMIC-021 trial results in patients with advanced clear cell and non-clear cell renal cell carcinoma who received combination cabozantinib plus atezolizumab as well as first data on VEGF/IO combinations in RCC with variant hisotlogy with atezo-bev (McGgregor et al, JCO).5

The ongoing trials that he is most excited about for the near future include a phase 2 study of nivolumab combined with ipilimumab in rare GU tumors (NCT03333616). It already showed a 37% response rate in bladder and upper tract carcinoma of variant histology,6 which led to an expansion cohort of an additional 24 patients. “That trial just completed accrual, so I’m hoping that we will have results to publish or present in the near future,” he says. “If we can show that that response rate is maintained in a large patient population, it may be a new option for these patients.” The CaNI (cabozantinib in combination with nivolumab and ipilimumab) trial, (NCT04413123) is a phase 2 study in advanced non-clear cell renal cell carcinoma.7

“We have an accrual of 40 patients. We’ve seen data for the triplet in clear cell disease and I hope we can add data for the variant histology,” he says. He anticipates that those data will be ready in the next 6 months. Another trial of particular interest is the DAD (Double Antibody Drug conjugate) trial (NCT04724018), a single-center, open-label, nonrandomized phase I trial looking at sacituzumab govitecan plus enfortumab vedotin for metastatic urothelial carcinoma progressing on platinum-based chemotherapy and PD-1/L1 inhibitors.8 “We have enrolled over 16 patients and will enroll 8 more. We expect to complete the trial in 2023 and are already discussing expansion of the trial,” he predicts.

“A lot of people have helped me find my niche and helped me be where I am today.” Dr McGregor acknowledges. At Dana-Farber, he is particularly grateful to Toni Choueiri, MD, Director of the Lank Center for Genitourinary Oncology, and to medical oncologists Mary-Ellen Taplin, MD and Christopher Sweeney, MB, BS who have provided mentorship in the past 6 years. Going back to his time in the military, he recalls Michael B. Osswald, MD, hematologist at the Brooke Army Medical Center, as “an amazing mentor who helped me become a clinical oncologist, without a doubt.”

Outside of his office and time spent with his family (he and his wife now have three children), Dr McGregor spends a good deal of his time cycling. “I have a Peloton, I’m a Peloton junkie,” he confesses. He combines his love of cycling with raising money for cancer research and treatment. He regularly rides the Pan-Mass Challenge, an annual Massachusetts-based bike-a-thon that raises funds for the Dana-Farber Cancer Institute. He also loves to bake and cook. In addition, he loves to cook, and while baking is his passion, he relishes the opportunity to cook for his family on the weekends. And he hasn’t completely cut his ties to the US military; in his spare time he serves in the Air Force Reserve, still giving back for the care his father received and for the training that enabled him to reach his career goal.

Linda Brookes, MSc is a freelance medical writer/editor based in New York and London.