Overall Survival With Abiraterone Acetate Plus Prednisone in PEACE-1 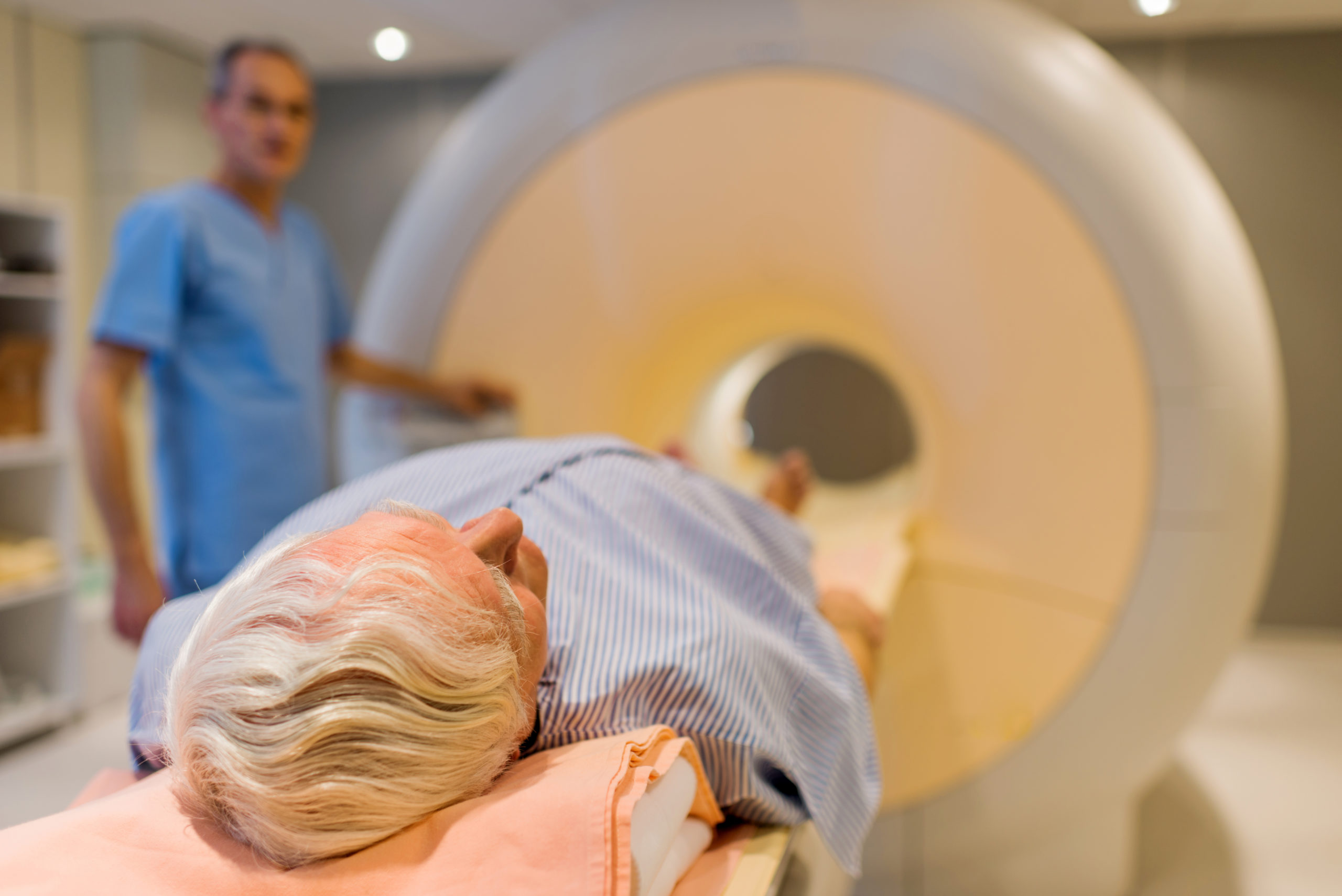 According to the latest results of the PEACE-1 trial, men with de novo metastatic castration-sensitive prostate cancer (mCSPC) should be offered abiraterone in addition to docetaxel and androgen deprivation therapy (ADT), declared Karim Fizazi, MD, PhD, Medical Oncologist at Gustave Roussy and Professor of Oncology at the University of Paris-Saclay in Villejuif, France, at the 2021 European Society for Medical Oncology (ESMO) congress.1 Dr. Fizazi presented the latest data from the PEACE-1 trial during a presidential symposium. “We believe these data are practice changing,” he proclaimed.

PEACE 1 (NCT01957436) is one of the ongoing Phase 3 trials organized by the Prostate Cancer Consortium in Europe (PEACE), an academic European program. Seven European countries were involved in PEACE-1, the initial results of which were presented at the 2021 American Society of Clinical Oncology (ASCO) annual meeting.2

PEACE-1 was set up to evaluate the role of ADT with or without docetaxel, with or without local radiotherapy, with or without abiraterone and prednisone in patient with mCSPC. Dr. Fizazi described how, after the start of accrual in 2013, when ADT alone was standard of care (SOC) in mCSPC, evidence emerged that docetaxel and abiraterone and, later, new-generation hormonal agents (NHAs) such as apalutamide and enzalutamide each improved survival. In addition, at the time PEACE- 1 accrual was completed, radiotherapy directed to the prostate primary tumor (low-volume) was reported to improve survival in oligometastatic disease. “However, it remains unknown whether multiple treatments, including local and systemic treatments should be combined in men with de novo mCSPC PEACE-1 aimed at clarifying this important question,” Dr. Fizazi explained.

Patients with de novo mCSPC enrolled into PEACE-1 had ≤3 months of ADT before randomization and were stratified by ECOG performance status, metastatic site, type of testosterone lowering therapy, and prior use of docetaxel. Between 2013 and 2018, a total of 1173 men were randomized 1:1:1:1 to either SOC alone; SOC combined with abiraterone plus prednisone (abiraterone); SOC plus radiotherapy; or SOC plus abiraterone plus radiotherapy. SOC consisted of continuous ADT (LHRH agonist/antagonist or bilateral orchiectomy) with or without docetaxel 75 mg/m2 every three weeks for a total of six cycles. Abiraterone 1000 mg/day with prednisone 5 mg twice daily was delivered concomitantly with docetaxel until disease progression or intolerance. For the patients who received radiotherapy, 74 Gy in 37 fractions was delivered to the prostate after completion of docetaxel. Reflecting changes in SOC, docetaxel was introduced on an optional basis in 2015 and later made mandatory with ADT after further clinical trial support (LATITUDE and STAMPEDE).

Focusing on the 710 patients who received ADT and docetaxel (with or without radiotherapy) as SOC, Dr. Fizazi noted that the patients were well-balanced between the group that received abiraterone and the one that did not. Among these patients, two-thirds had a high disease burden.

The study used a 2×2 factorial design to investigate the role of abiraterone and the role of radiotherapy in addition to SOC. The number of events needed was reached for abiraterone, but longer follow-up is needed for radiotherapy, Dr. Fizazi noted. The cut-off date of the trial for evaluation of rPFS and OS was June 1, 2021, after follow-up of 4.4 years. Median duration of chemotherapy was 6 cycles delivered in both arms and on the experimental arms, abiraterone was administered for 34 months.

The co-primary endpoint of rPFS showed a “highly significant” improvement in patients who received abiraterone from a median of 2.0 years with SOC to 4.5 years (HR 0.50, 95% CI 0.40-0.62, P<0.0001). This significant benefit was seen in patients with low and high disease burden.

In the overall trial population, adding abiraterone to SOC was associated with a median OS of 5.7 years compared with 4.7 years with SOC alone (HR 0.82, 95% CI 0.69-0.98, P=0.03). In the 710 patients who received ADT plus docetaxel, abiraterone significantly reduced the rate of death by 25% (HR 0.75, 95% CI 0.59-0.95, P<0.017), with a median survival of 4.4 years on the SOC arm but not yet reached on the abiraterone arm. This OS benefit was consistent across subgroups, including radiation therapy, performance status, and type of testosterone-lowering therapy. In men with high-volume disease, adding abiraterone reduced the rate of death by 28% with 5.1 years OS compared with 3.5 years on the SOC arm. With the current cut-off and currently available data, OS benefit in men with low volume disease cannot be assessed, Dr. Fizazi noted.

Among the treatments used in patients who had disease progression, 84% of patients on the SOC arm received at least one life-prolonging therapy, and in 81% this was an NHA, most often abiraterone or enzalutamide. “This would clearly suggest that earlier use of these agents is more effective than deferred use,” Dr. Fizazi commented.

Side effects of abiraterone were as expected, Dr. Fizazi noted. Grade 3-5 toxicities reported in more than 5% of patients included neutropenia and febrile neutropenia, which were similar on both arms (10% and 5%, respectively). No apparent synergistic side effects were reported.

Putting the PEACE-I OS results in the context of other recent data, Dr. Fizazi observed that at the time the trial started, median OS for patients with de novo high-volume mCSPC was only around 3 years. Addition of docetaxel improved median OS to around 43 months and with the introduction of abiraterone, it improved even further to around 53 months. The PEACE-1 trial is evidence that upfront use of a trimodal therapy of ADT, docetaxel, and abiraterone further prolongs median OS to more than 5 years, Dr. Fizazi declared. In addition to these results, longer follow-up of PEACE-1 may define how best to combine systemic treatments with local radiotherapy, as set out in the original protocol, he predicted.

David Ambinder, MD is a urology resident at New York Medical College / Westchester Medical Center. His interests include surgical education, GU oncology, and advancements in technology in urology. A significant portion of his research has been focused on litigation in urology.