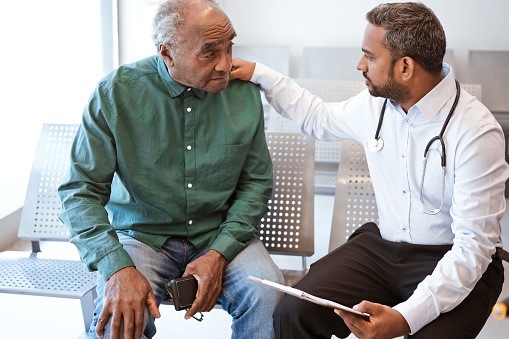 Positive data from the PRISM study supporting modified scheduling of ipilimumab in combination with nivolumab to reduce toxicity in patients with advanced renal carcinoma (RCC) were reported at the 2021 meeting of the European Society for Medical Oncology (ESMO).1 The results of the Phase 2 PRISM study (NCT02231749) were presented by Naveen S. Vasudev, PhD, MBChB, medical oncologist at St James’s University Hospital, Leeds, UK.

The combination of ipilimumab and nivolumab represents a standard front-line treatment option for patients with intermediate or poor risk advanced RCC, as established by the phase 3 CheckMate 214 trial (NCT02231749),2,3 Dr. Vasudev explained. In that trial, the ipilimumab-nivolumab combination was associated with improved overall response and significant overall survival benefit compared with sunitinib. However, 47% of patients experienced a Grade 3/4 treatment-related adverse event (TRAE), and TRAEs led to treatment discontinuation in 22% of patients. Prior studies in RCC, as well as in melanoma and lung cancer, suggested a dose and frequency association between ipilimumab and toxicity, indicating that the optimal dosing schedule had not yet been defined in advanced RCC.

The aim of the PRISM study was to assess whether less frequent dosing of ipilimumab (12-weekly vs 3-weekly) in combination with nivolumab would be less toxic without adversely affecting efficacy.4 Patients entered into the study had treatment-naïve, locally advanced, or metastatic RCC with at least a component of clear cell histology. A total of 192 patients were randomized 2:1 to either a modified or standard schedule of ipilimumab plus nivolumab. Around 70% of patients were poor or intermediate risk and 60% had a prior nephrectomy, Dr. Vasudev noted.

Since PRISM was not designed to allow formal comparison of progression-free survival (PFS) between treatment arms, 12-month PFS, a key secondary endpoint, was tested against historical PFS associated with sunitinib controls in the COMPARZ study.5 (These data were used because the CheckMate 214 results were not yet available at that time, Dr. Vasudev explained.) Modified intention-to-treat (ITT) analysis showed that 46.1% of patients on the modified ipilimumab arm remained progression-free compared with 39.7% of the predefined historical controls. “Although the rate was numerically higher on the modified ipilimumab arm, the lower limit of the confidence interval failed to exclude that historical rate,” Dr. Vasudev noted. “Informally, the PFS curves looked very similar, suggesting no meaningful difference,” he added, with PFS 10.8 months for modified ipilimumab versus 9.8 months for standard ipilimumab. PFS was also similar for the intermediate/poor risk patients, with a median of 10.5 months for modified ipilimumab compared with 8.6 months for standard ipilimumab.

Objective response rates for modified ipilimumab and standard ipilimumab were also similar for the modified intention to treat population (ORR 45.3% and 35.9%, respectively), and for the intermediate/poor risk subgroup (46.7% and 40.9%). The median duration of response was similar in the ITT population, at 16 months versus 17 months, respectively. To date, median follow-up is almost 20 months, and the OS data are not yet mature, Dr. Vasudev cautioned. However, 12-month landmark analysis showed 88.3% OS on the modified treatment arm versus 83.7% on the standard treatment arm.

Summarizing the PRISM study findings, Dr. Vasudev stressed that the reduction in TRAEs seen with the modified regimen did not represent a reduction in therapy efficacy. Efficacy endpoints including median PFS, objective response rate, duration of response, and 12-month OS were comparable for the modified and standard treatments, suggesting that continued exploration of different ipilimumab nivolumab regimens is warranted, Dr. Vasudev concluded.

David Ambinder, MD is a urology resident at New York Medical College / Westchester Medical Center. His interests include surgical education, GU oncology, and advancements in technology in urology. A significant portion of his research has been focused on litigation in urology.