This is the third part of a three-part conversation with Dr. Armstrong. Watch part one here.

Dr. Tennenbaum: Is there other therapeutic options within precision medicine that rely on phenotypic biomarkers that are not radioligand therapy, whether it’s immunotherapy or some type of chemotherapy?

Dr. Armstrong: It’s certainly possible. I mean, when we talk about liquid biopsies, most people think of this as genotypic precision medicine. But one of the most common phenotypic transformations that happens in lethal prostate cancer is called neuroendocrine prostate cancer, small cell transformation. That’s only about 1% of men at diagnosis, but it’s actually about 15 to 20% of all men who go on to die of prostate cancer. And that’s because of the selection of clones that resist our hormonal therapies like abiraterone and enzalutamide and then emerge over time. And pathologists use phenotype all the time. It’s called histology. And so a small cell transformation is a phenotype. Now, RB loss and P53 loss are the genotype that tends to give rise to that, but they’re not completely exclusive with each other. There’s some genes that can give rise to neuroendocrine transformation independent of that. And there are some patients that have P53 and RB that don’t have small cell transformation.

So using histology is a way of guiding precision medicine towards a therapy like platinum chemotherapy or a trial that would be dedicated towards these patients that have major unmet needs. We’ve also developed a liquid biopsy to detect small cell transformation in the blood. We published that in clinical cancer research last year. And so there’s a lot of movement towards developing liquid biopsies of precision medicine as well as molecular imaging. The AR-V7 assay, which is an mRNA splice variant, is a phenotype because it’s RNA. It’s not a genotype, it’s not necessarily encoded in the DNA, although it can be. It’s an AR splice variant that undergoes mRNA splicing. So it’s something that’s closer to phenotypic precision medicine than genotypic precision medicine.

Dr. Tennenbaum: Understood. Can you please give us an overview of some of your recent research within phenotypic precision medicine in the field of whether it be advanced prostate cancer or other GU malignancies?

Dr. Andrew Armstrong: Sure. So one of the areas that I have focused on in my lab and in clinical trials has been the circulating tumor cell. So as you heard me mention, we have utilized this kind of biomarker to study its utility in guiding therapy like the AR-V7 assay we helped to develop in a prospective multi-center study called The Prophecy Study. And that led to the first Medicare reimbursed CTC test. And so that is another example of precision medicine guiding the choice between a second AR inhibitor or a taxane where if you have AR-V7, you have no chance of response to a second AR inhibitor. Another example was the small cell transformation assay. So either histology with a tissue biopsy or our liquid biopsy assay identifies a group of men that have a really poor prognosis with conventional therapy such as AR inhibitors or taxanes. And these men, standard of care per NCCN guidelines would be platinum doublet chemotherapy.

But we’re also trying to use these precision biomarkers to find men who might benefit from clinical trial participation. Right now we have a trial called the CHAMP Study, which enrolls such men and gives them chemotherapy plus immunotherapy, so kind of more than they could otherwise get. The PSMA assay, as I mentioned, is an example of using a simple protein assay on the liquid biopsy to look to see if that helps to predict whether patients have greater or better or lesser benefit from PSMA targeting therapies. Those are just a few examples, but we’ve also measured immune checkpoints on circulating tumor cells and that might identify patients that have differential responses to immunotherapy in prostate cancer.

Dr. Armstrong: Well, it could be. Right now, the only approval for pembrolizumab in prostate cancer is based on MSI high or high TMB disease, which is a genotype, but that’s a very small fraction of patients that the FDA label encompasses. So it’s about 3 to 4% of all prostate cancer patients have MSI high disease or mismatch or paired deficiencies resulting in a high tumor mutation burden and a phenomenal response to PD one blockade. So that is genotypic precision medicine, but one of the ideas is there are other patients that could respond that are not MSI high. When we recently published our Duke case series on pembrolizumab, we had 51 patients and there was about 25% that had some kind of PSA decline and patient benefit. And it’s possible that there were other biomarkers besides MSI high disease that’s not captured in the genotype. And so the idea of measuring the checkpoints themselves on the tumor cells was trying to get us closer to precision medicine.

Dr. Armstrong: Yeah, that’s a great question. I’m in the camp that you need both. Not all genotype corresponds to phenotype, meaning some mutations are silent and they don’t carry forward into the mRNA or the protein, and then it’s very hard to assess phenotype with the liquid biopsy. So when you order like a cell-free DNA assay, you don’t get phenotype, you just get genotype. So most of our commercially available tests right now are kind of stuck in genotypic precision medicine. But I think the field is moving towards better characterizing the diversity of our patients, the diversity of the tumors within our patients, both between patients and then over time as it adapts and evolves. And you see this diversity at the mRNA level because of alternative splicing, because of heterogeneity.

And then at the protein level, you see even greater diversity. You see some tumors, for example, have high AR amplification, but they lack AR protein. And so in that context, an AR inhibitor probably wouldn’t work because the target’s not there. So I think it’s important to marry these two together. There’s only a few companies that are developing liquid biopsies that give you both the DNA level and RNA and protein, but that’s an emerging area of great opportunity, I would say.

Dr. Tennenbaum: And is there any ongoing research or a banging of the drum perhaps that’s advocating for earlier implementation of precision medicine, whether it be genotypic or phenotypic in both local or advanced prostate cancer?

Dr. Armstrong: Yeah. Take the example of the PSMA PET scan. I mean, you don’t have to wait till advanced castrate resistant disease to order that. You can do it right at diagnosis to better tailor radical prostatectomy or radiation or hormones plus radiation and tailor the field of your beam to encompass node positive disease that might otherwise be missed with conventional imaging. For oligometastatic disease, you can visualize metastatic disease much better, and there’s trials now targeting PSMA avid lesions with our best systemic therapy or in place of systemic therapy to defer systemic therapy. So there’s kind of both approaches being tested. I tend to believe that when patients have metastatic disease, they’re going to need systemic therapy, but we might be able to stop it early if we can target all the known lesions with metastasis directed radiotherapy and precision medicine, phenotypic precision medicine could get us to higher cure rates in earlier disease settings.

Dr. Tennenbaum: So just to rebound off that, I get the sense when I speak with medical oncologists and urologic oncologists that the holy grail of prostate cancer treatment is essentially prostate sparing therapy for localized disease. Potentially, do you see any role for precision medicine in that pursuit?

Dr. Armstrong: Yes. So focal therapy, it’s possible that precision medicine could better localize with a prostate MRI and PSMA overlap. It’s possible it could localize the more high-risk lesions to spare the rest of the gland, and then the patient would remain on active surveillance for the rest of the gland. But I think those require prospective careful studies to make sure you’re not missing the window of cure.

Dr. Tennenbaum: Very well. I understand. And I guess the last question that I try to ask all my interviews is just where do you see the future of precision medicine going for prostate cancer?

Dr. Armstrong: Yeah, Daniel, it’s a great question. Most of our drugs, as they move earlier and earlier, take docetaxel, Abi, Anza, Apa, Dera, as you move earlier, you’re seeing better outcomes, and that’s really based on the idea that hitting the cancer hard before it becomes resistant results in greater benefit to patients. You see that in the hormone sensitive setting. You see that from the STAMPEDE trial and nonmetastatic disease synergizing with radiation. I think you’ll see the field moving towards that and having a precision medicine biomarker, either like an artificial intelligence score on your pathology specimen, as you seen at ASTRO and at the GE Symposium this year from Artera, that’s an example of phenotypic precision medicine pathology guiding the choice of ADT, for example, or whether you need more intensive therapy. I think you’re seeing this field really grow, not only from a pathology standpoint, but from a molecular imaging standpoint.

Dr. Tennenbaum: Very well. Dr. Armstrong, this has been educational, insightful, and enjoyable. I really appreciate your time. Thank you so much for teaching us a little bit more about precision medicine.

Dr. Armstrong: Thank you, Daniel. Nice talking to you. 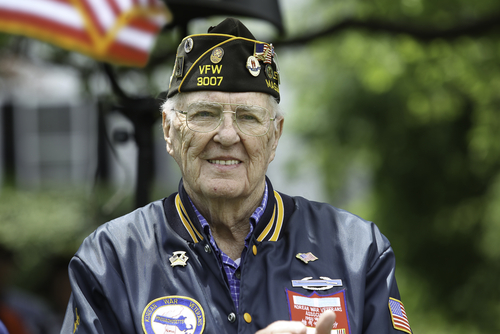 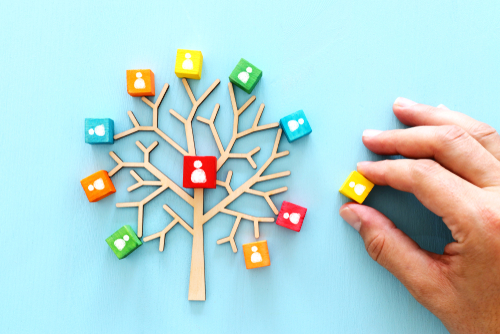 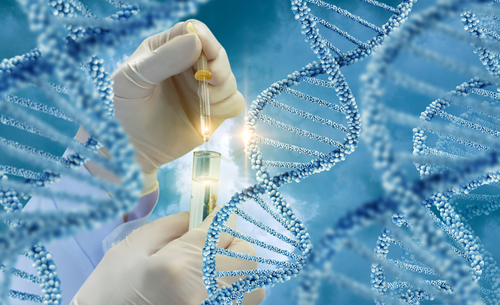 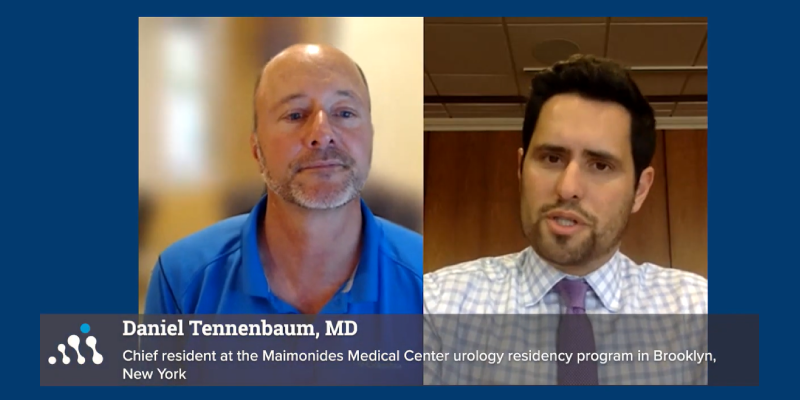