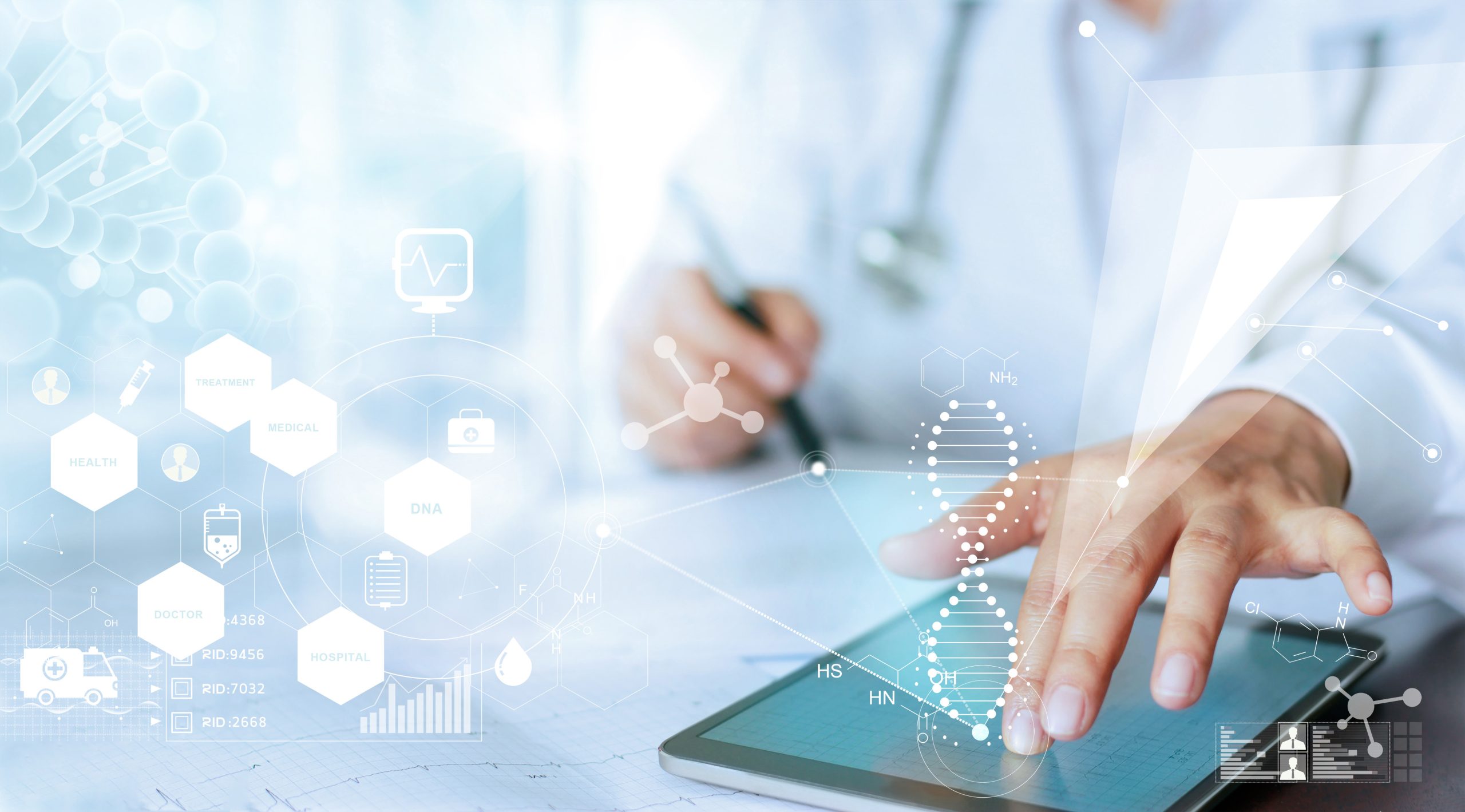 Laser technology has been utilized in the field of urology for several years in a variety of clinical applications. Such applications include laser lithotripsy of ureteral or bladder calculi, laser enucleation of the prostate gland, or photoselective vaporization of the prostate gland for benign prostatic hyperplasia. Clinical application of lasers in urologic oncology is also widespread, ranging from endoscopic resection of bladder tumors to biopsy and management of the upper urinary tract in patients with upper tract urothelial carcinoma (UTUC). The largest body of clinical evidence to date is based on the holmium:yttrium-aluminum-garnet (Ho:YAG) laser, which has been in use in the field since the late 1990s. The Ho:YAG laser was the successor to the neodymium:yttrium-aluminum-garnet (Nd:YAG) lasers, which were hindered by lack of efficacy against common stone compositions such as cystine and brushite stones in the lithotripsy setting.1 The benefits of laser fibers include their ability to be used in flexible cystoscopes and ureteroscopes, allowing more flexible access to pathology in the urinary tract2.

Ho:YAG belongs to a family of laser technology referred to as “solid state” lasers which function by excitation of a YAG crystal infused with holmium or another compound (Khusid, et al). The process of the laser lamp exciting the crystal results in the excitation of holmium ions and release of photons at a wavelength of ~2100 nm. The energy released is transmitted after passing through several mirrors into a silica-based laser fiber that allows for delivery of the energy into the target surgical area. The energy contained in these photons is absorbed by irrigation fluid and surrounding fluids and experiences a state of thermal expansion and subsequent vaporization that produces “microexplosions” which allow for thermal decomposition of target material (ie, stone). 2 Additionally, against soft tissues, the laser also enables the property of intermediate optical penetration, which facilitates soft-tissue incisions and allows for a coagulative effect.2

Despite the widespread adoption of Ho:YAG laser technology, several limitations exist. The peak energy absorption by fluid occurs at a wavelength of 1940 nm, which produces some waste energy as Ho:YAG emits photons at ~2100 nm. In addition to energy waste at the photon level, the initial lamp mechanism of excitation of the Ho:YAG crystal results in significant thermal waste in the form of heat resulting in these machines requiring large cooling mechanisms and subsequently limiting their utility in the operating room because transferring such large machines from room to room can be challenging.3 Furthermore, it is estimated that Ho:YAG machines have a <2% thermal efficiency rating, resulting in 98% of the energy used being given off as thermal heat. The nonuniformity of laser energy outputted by the Ho:YAG system also limits the use of laser fibers smaller than 150 μm3. This limitation can be challenging for clinicians, as the working channel of many flexible ureteroscopes could otherwise accommodate easier passage of irrigation fluid or allow for further deflection, especially during retrograde intrarenal surgery (RIRS) procedures. The limitations of Ho:YAG have led engineers to develop methods to help reduce stone retropulsion and improve ablation during endoscopic surgery. One such technique involves modulation of the laser pulse profile to allow delivery of multiple pulses, the first of which creates a vapor bubble that allows the second higher energy pulse to be delivered more precisely.3 This fluid effect is called the “Moses effect,” and subsequently newer Ho:YAG devices containing Moses technology have been released.

Despite these improvements with solid state lasers such as Ho:YAG, the significant downsides mentioned above have led to the development of a new class of laser technology called fiber lasers. In this design, a traditional silica fiber is infused with the excitation element (ie, thulium) instead of the solid-state crystal used in the YAG designs.3 The use of thulium allows for operation near the peak water photon absorption wavelength of 1940 nm compared to 2100 nm for older Ho:YAG lasers. One of the major technical advantages of the thulium fiber lasers (TFL) is the ability to deliver high-intensity energy via a small-diameter core laser fiber due to the single spatial beam profile of the TFL.2 Compared to older Ho:YAG lasers that typically had a multibeam profile resulting in the inability to utilize fibers smaller than 200 μm, this represented a major advance.

Because TFLs can be crafted into smaller sizes, clinicians should theoretically have increased possibilities for therapeutic options, especially in areas of the urinary tract that would require complex endoscopic maneuvering. A secondary benefit of urologists having access to smaller fibers is the increased area available in the working channel, particularly with ureteroscopes, which would allow for improved irrigation and consequently improved visibility and safety of complex endoscopic therapies. In terms of electrical efficiency, unlike the Ho:YAG laser which has substantial thermal waste, TFL lasers are up to 6 times more efficient (referred to as “wall plug efficiency”), allowing these machines to be much smaller and require less cooling apparatus. The lower power requirements also translate into practical matters, such as the ability for the machine to use a standard 110 V electrical outlet compared with the high-voltage outlet needed for the older YAG machines.

With this fundamental understanding of how laser technology in urology evolved, it is possible to review the evidence and utility of the technology. Perhaps the most frequently utilized area of laser technology in urologic oncology is in the management of upper tract urothelial carcinoma (UTUC). UTUC represents up to 10% of all urothelial carcinomas and the “gold standard” for management is radical nephroureterectomy. However, in patients with solitary kidneys or another indication for renal-sparing surgery, as well as in those patients with low-risk disease, treatment with laser therapies may be indicated.

There have been reports of laser management of UTUC as early as the era of neodymium:YAG (Nd:YAG) lasers which generally predated widespread adoption of Ho:YAG. Technical differences between the two include depth of penetration with Nd:YAG, which has a greater depth of penetration compared with Ho:YAG (10 mm vs 5 mm).4 This translates into coagulative effect at lower energy levels for Ho:YAG compared with Nd:YAG. Due to these properties, several clinicians have recommended the use of Ho:YAG for the management of low-grade UTUC because the ureteral tissue can be very easy to perforate. Meanwhile, Nd:YAG is preferable for bladder tumors (if traditional TURBT is not indicated).4 Compared to these older technologies, the TFL depth of penetration is even lower (0.2 mm) than that of Ho:YAG—making it an ideal tool for ureteral work because it can allow the urologist to resect tumors with lesser concern about injury to deeper structures.

In a recent study investigating the use of TFL in the management of UTUC, Musi et al5 reported that 19% of 42 total patients undergoing endoscopic UTUC management experienced a clinical recurrence and a median time to recurrence of 44 months, with no patients experiencing upstaging or progression of disease. In a comparison of renal outcomes, a recent study using the TFL laser compared 32 patients undergoing TFL resection and 107 patients receiving radical nephroureterectomy (RNU; the gold standard). Postoperative creatinine levels were significantly lower in the endoscopic cohort compared with the RNU cohort (P < 0.01)6; however, the rate of bladder recurrence in the endoscopic cohort was substantially higher (21.9% vs 13.1%) (P <0.01).6 These findings suggest that many patients, especially those with comorbidities or contraindications for RNU, may benefit from conservative management. Moreover, the availability of TFL technology may aide the urologist in performing these procedures more accurately and carefully.

TFL laser technology has also been applied to the realm of non-muscle-invasive bladder cancer (NMIBC). A recent study highlighted the utility of TFL in en bloc resections of bladder tumors. The authors of the study compared 129 patients, with 58 undergoing conventional TURBT and 71 undergoing TFL en bloc endoscopic resection. The authors found that recurrence-free survival rates at 6 months were substantially higher for the TFL cohort (91.5% vs 67.2%; P <0.001) and patients undergoing TFL were significantly more likely to have detrusor muscle (critical for staging) within the initial sample (91.6% vs 58.6%). Furthermore, in terms of safety, the authors noted that 0% of patients in the TFL arm experienced the obturator reflex, a common concern for urologists when resecting tumors near the lateral walls of the bladder, compared with 17.2% in the traditional TURBT cohort. Due to the promising results of this study, the authors initiated a randomized clinical trial to investigate this mechanism further (NCT03718754).

In summary, laser technology has widespread applications in urology and has growing potential to serve as a critical tool in the armamentarium of physicians managing urologic malignancy.