How Can Urologic Oncology Surgeons Stay Relevant in a Rapidly Changing Field? 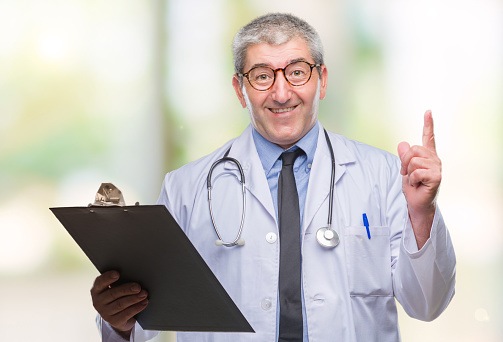 Concerns about the future role of urologic cancer surgeons formed the basis of an AUA2021 plenary session panel discussion, moderated by Samir S. Taneja, MD, Professor and Director of Urologic Oncology at NYU Perlmutter Cancer Center. Dr. Taneja outlined how a continuum operates in cancer care advances, whereby introduction of a novel intervention typically escalates to broad implementation, then work is done to define benefit/ risk, eventually leading to de-escalation of the use of that intervention. Emerging technology, scientific discoveries, and improved imaging all have the potential to change practice, Dr. Taneja noted, raising questions about whether this will lead to a reduction in utilization of surgery and what the role of urologists in cancer care will be.

Speaking about the influence of genetics/genomics on treatment for prostate cancer, panel discussant Simpa Salami, MD, MPH, Assistant Professor of Urology at the University of Michigan Medical School, Ann Arbor, predicted that, “In the future, nearly every patient will undergo some form of molecular profiling as part of the practice of precision medicine.” He suggested that urologic oncologists prepare for this evolution of the field and their role within it by knowing what biomarkers are available and how prognostic and predictive biomarkers differ. They should understand what information each test provides and, before ordering a test, consider whether the additional information obtained will impact treatment. He stressed the importance of keeping current with emerging molecular profiling and tools.

Edouard Trabulsi, MD, MBA, Professor and Director of Urology at Sidney Kimmel Medical College, Thomas Jefferson University in Philadelphia, predicted that advances in molecular imaging may soon transform staging and initial treatment of urologic malignancies in the way it has for other solid tumors, including lung cancer and breast cancer.

One way may be by delivery of aggressive local treatment and cytoreduction, even in metastatic disease, he suggested. In addition, next-generation imaging will be better positioned to identify patients who could benefit from neoadjuvant chemotherapy, thereby allowing for bladder preservation. Molecular imaging will be used to determine when aggressive treatment can be used as salvage therapy. Theranostics, especially in prostate cancer, including tumor-specific antigens to minimize toxicities, “are on the horizon and I would expect would widely expand as continued research improves,” Dr. Trabulsi added.

In kidney cancer, urologists may be losing their space as the central manager in the clinic, cautioned Brian Shuch, MD, Director of the Kidney Cancer Program at UCLA Health. The main players on the kidney cancer treatment team have changed over time along the cancer-stage continuum, from stage I to IV, he noted. For example, before the era of cytokines and tyrosine kinase inhibitors (TKIs), the urologist and the medical oncologist played a major role in management, but since the advent of TKIs and the expanded role of ablation and imaging in early-stage disease, there has been a major shift toward more interventional radiologist involvement, Dr. Shuch stated. Over time, medical oncologists have become more involved in early-stage disease and follow-up, and radiation oncologists in late-stage disease.

“Clearly, there are new paradigms emerging in the workup, treatment, and surveillance of kidney cancer,” he said. These shifts may be eroding the standing of urologists, he admitted. “But we must fight to remain central to management. … Urologists may have less time in the operating room, but we remain the disease-site experts,” he said.

He encouraged urologic surgeons to be “nimble, intelligent, and adaptable” in order to remain an important part of the kidney cancer treatment team. “We need to be early adopters. We need to embrace all changes that improve patient care,” he said.

Speaking about multimodal therapies in advanced bladder cancer, Cheryl T. Lee, MD, Professor and Chair of the Department of Urology at Ohio State University, Columbus, encouraged surgeons to embrace the potential of trimodality therapy and bladder-sparing therapies, rather than see them as a threat to practice.

“We have patients ineligible for cystectomy or who choose not to have it, and we need to treat those patients,” she stressed. She believes that trimodality therapy will not obviate the need for surgery to treat bladder cancer and that it will remain the mainstay treatment. “Trimodality therapy has the potential to actually increase salvage surgery for those who have recurrence with invasive disease,” she said. “All of this will drive innovation in cystectomy to reduce morbidity and improve quality of life.” So long as urologic oncology surgeons improve their use of technology to improve outcomes, Dr. Lee said, “the future is still quite bright.”

Keightley Amen, BA, ELS, is a medical writer and editor who resides in Pittsburgh, PA.

Plenary: Friday morning: Panel discussion: The future of urologic oncology: how will the role of urologic cancer surgeon be affected by advances in technology and science? September 10, 2021. https://aua2021.app.swapcard.com/event/aua-2021-annual-meeting-1/planning/ UGxhbm5pbmdfNjY1NjQ2