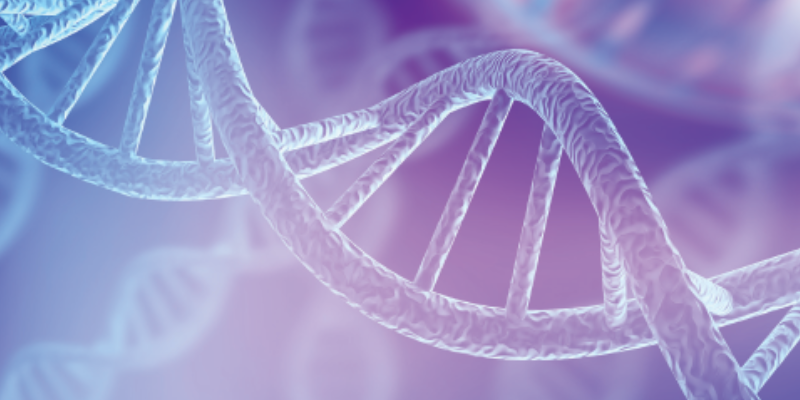 The pathogenesis of renal cell carcinoma (RCC) is multifactorial, and is often associated with obesity, hypertension, and smoking.1 Moreover, ~5% of cases are thought to be associated with a family history of RCC. Familial RCC is often inherited in an autosomal dominant fashion, with varying degrees of penetrance. It is critical to discern familial RCC from RCC associated with a specific genetic mutation. Not all patients with a mutation of a predisposing gene for RCC will have a family history, as there can be de novo mutations that lead to the pathogenesis of the disease. Even when there is no family history, however, hereditary RCC may still be suspected in the presence of bilateral or multicentric tumors, or early development of RCC, at which point molecular genetic analysis may be performed. Additionally, in the presence of familial RCC, there often are syndromic multisystem findings, such as hemangioblastomas along with clear-cell RCC in von Hippel-Lindau (VHL) disease or pulmonary cysts along with chromophobe RCC in Birt-Hogg-Dubé syndrome (BHD).

In this article, we review some of the most important information about hereditary RCCs and the syndromes with which they present, as well as the relevant recommended guidelines for diagnosis and management.

VHL disease is a rare autosomal dominant disorder, caused by mutation of the VHL tumor suppressor gene, with an incidence of ~1 in 30,000 persons. This mutation puts the lifetime risk of hemangioblastoma of either the retina or central nervous system, or clear-cell RCC at >70%.2 These individuals are also at risk of developing pheochromocytoma, with a lifetime risk of development of 20%, or pancreatic neuroendocrine tumors (risk of 10%). On diagnostic imaging, these patients will often have multiple cysts within the kidney and/or the pancreas, which can assist with diagnosis. The VHL gene has a critical role in regulating hypoxic response within the cell. This has provided the rationale for the use of antiangiogenic tyrosine kinase inhibitors in the treatment of patients with RCC, as most clear-cell RCCs have mutations in the tumor-suppressing VHL gene.

Patients with confirmed VHL disease and their family members may or may not be symptomatic. Those who are found to carry the familial mutation must be screened annually to detect asymptomatic tumors. This screening is performed via cross sectional imaging—magnetic resonance imaging (MRI) is preferred to computed tomography—starting at age 15 years and continuing every 2 years thereafter.3 Because of their known risk, these patients are offered early intervention, as small RCCs are usually removed via nephron-sparing partial nephrectomy when they reach 3 cm in diameter.

BHD syndrome is characterized by an autosomal dominantly inherited predisposition to fibrofolliculomas (most often on the face), lung cysts with risk of developing spontaneous pneumothorax, RCC, and possibly colorectal tumors.4 The risk of RCC in BHD syndrome is significantly less than that in VHL disease (approximately 25%), but annual renal surveillance cross-sectional imaging should be offered to patients and mutation carriers beginning at age 20 years and performed every 3 years thereafter. Although the characteristic RCC histology is considered to be chromophobe RCC with oncocytic elements, other more malignant subtypes have been described, including clear-cell RCC. The mutations that can cause BHD are germline-inactivating mutations in FLCN, the folliculin tumor-suppressor gene. They have also been found to cause nonsyndromic familial pneumothorax. The function of the FLCN gene product has not been fully elucidated; however, inactivation leads to activation of the mTOR (mammalian target of rapamycin) pathway, which has previously been used as a pharmacologic target for patients with poor-risk RCC treated with drugs such as combination everolimus/tacrolimus.

The presence of multiple cutaneous leiomyomas in a patient with RCC suggests a diagnosis of hereditary leiomyomatosis renal cell cancer (HLRCC). This very rare disorder—with an incidence of ~1 in 200,000—is caused by inactivating mutations in the FH gene that encodes fumarate hydratase, a key component of the tricarboxylic acid cycle. Women with this mutation may present with early-onset uterine fibroids. FH gene mutations are also a rare cause of inherited pheochromocytoma. RCC in HLRCC classically presents as papillary type II RCC or collecting duct RCC, both of which carry poor prognoses.5 Although the lifetime risk of RCC for patients with this condition is ~15%, it is typically an aggressive early metastatic tumor that can occur at a young age, with recommend annual surveillance beginning at 8 to 10 years of age. Therefore, practicing surveillance on an identified small tumor is not recommended. The recommended treatment is early radical nephrectomy.

Activating mutations in the mesenchymal-epithelial transition (MET) proto-oncogene predispose patients to type I hereditary papillary RCC (HPRC). This is an extremely rare disorder that is inherited as an autosomal dominant trait with incomplete penetrance. Surveillance is recommended to begin at 30 years of age, with cross-sectional imaging conducted every 1 to 2 years. Type I papillary disease is often considered a less malignant disease than other RCC histologies, but if the patient presents with metastatic RCC, then treatment with a MET-inhibitor can be considered.

Bilateral or multicentric tumors, or early age of onset are classic features of inherited RCC, and are indications for genetic evaluation.6 However, testing individuals at low prior risk for a mutation can lead to diagnostic uncertainties, owing to the identification of rare variants of uncertain significance (VUS). In cases of inherited RCC with syndromic features, molecular genetic testing can usually be expected to unequivocally confirm the diagnosis. This is particularly true for well-characterized genes such as VHL, in which a wide range of germline mutations have been described, whereas VUS are relatively infrequent. For less well-studied genes, interpretation can be more challenging. To further complicate the matter, there is no clear age at which genetic testing is definitively recommended. The mean diagnostic age of symptomatic RCC in patients with known VHL disease is approximately 45 years, compared with an average age of 60 years in patients with sporadic cases of RCC,7 but there is no agreed-upon age at which patients with earlier-onset disease should be tested for RCC predisposition mutations.

The current National Comprehensive Cancer Network® guidelines recommend that patients aged ≤46 years with sporadic RCC should trigger consideration for germline mutation testing, to evaluate for any hereditary RCC syndromes.3 However, because germline mutation detection rates are typically low, and for patients who test negative the residual risk of an underlying genetic cause is unclear, there are those who recommend consideration of a lower age threshold for testing (eg, 40 years).8 The low mutation detection rate in familial nonsyndromic RCC suggests that there are more inherited RCC genes to be identified, and achieving a comprehensive picture of the molecular architecture of the disease is necessary to develop optimal evidence-based guidelines for the molecular investigation of potential inherited RCC.

Management and Surveillance of Inherited RCC

Over the past 3 decades, the identification and surveillance of large numbers of VHL mutation carriers has afforded the opportunity to achieve a broad consensus on the approach to treating patients with these mutations. In particular, a consensus has developed that small (<3 cm) tumors should be managed by active surveillance, followed by nephron-sparing surgery performed when a solid lesion reaches 3 cm in diameter. As an alternative to partial nephrectomy, percutaneous radiofrequency ablation (RFA) has been used to treat patients with small renal lesions in VHL disease.

Similarly, the approach to the managing RCCs identified through surveillance in VHL disease has been extrapolated to individuals with BHD syndrome with tumors followed by active surveillance. When the tumor reaches 3 cm in diameter, nephron-sparing surgery (or RFA) is performed. However, this “3-cm rule” is not suitable for renal lesions in HLRCC, which are frequently of the higher risk papillary type II variant that can metastasize early. Consequently, individuals with germline FH mutations are recommended to undergo annual MRI surveillance even though most will not develop a renal lesion, and surgical intervention is indicated for small screening-detected lesions.

In some patients, particularly those with no previous family history, diagnosis of an inherited RCC is only made after presentation with metastatic disease. Additionally, for individuals with VHL disease, there is the risk of developing multiple central nervous system hemangioblastomas, which often are not amenable to surgical treatment. For these reasons, further efforts are in progress to continue to improve the available medical therapeutics for patients with this disease. Most of the known inherited RCC genes encode tumor-suppressor genes, and biallelic inactivation of the relevant inherited RCC gene is present in all tumor cells. Therefore, in addition to standard therapies for metastatic RCC, use of targeted therapies with agents that exploit the specific molecular pathways represents a rational approach to therapy.

The concept of synthetic lethality-based interventions is particularly interesting for patients with inherited RCC in disorders such as VHL disease, because the kidneys of patients with VHL can harbor hundreds of tiny indolent tumors with biallelic VHL inactivation. This can potentially give rise to malignant RCC many years later.9 However, the development of novel therapeutic approaches to inherited RCC remains slow, with limited recommended regimens. VHL-associated RCC is currently treated with the novel therapeutic belzutifan, while HLRDD is treated with combination erlotinib plus bevacizumab. Further development will require a continued pursuit of deeper knowledge of the function of inherited RCC gene products and the consequences of mutations in the relevant pathways. A likely outcome of such research is the potential for translating the knowledge of the pathogenesis of inherited RCC into novel treatments for sporadic RCC.

A number of familial RCC syndromes and inherited nonsyndromic RCCs have been identified. Genetic evaluation or analysis is typically initiated by early onset of RCC, presence of bilateral or multicentric tumors, or histopathological features consistent with known syndromes. The principal strategy for preventing morbidity and mortality in individuals at risk for inherited RCC is detection of tumors that can be removed at an early stage (eg, HLRCC) or observed until they reach a safe size (eg, 3 cm in VHL disease and BHD syndrome) when removal of the tumor—usually with nephron preservation or ablation—is considered appropriate. Multicenter data sharing of inherited RCC gene variant information may facilitate evidence-based improvements in the diagnosis and management of these rare conditions.