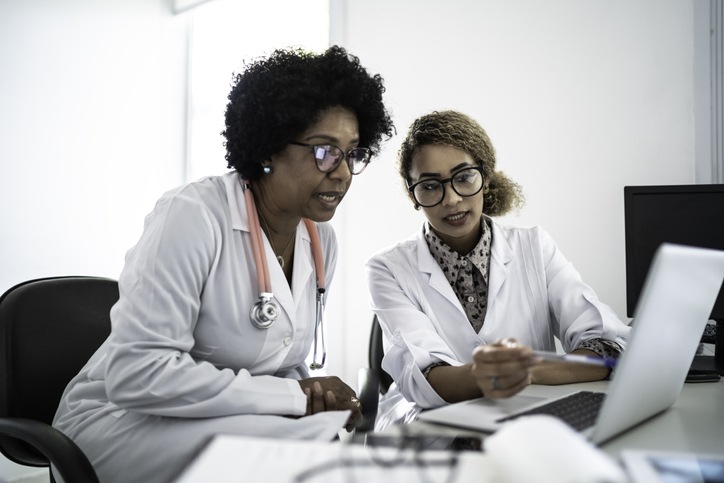 At the 63rd annual meeting of the American Society for Radiation Oncology (ASTRO), Dr Rahul Tendulkar, MD, associate staff physician in the Department of Radiation Oncology at the Cleveland Clinic, Cleveland, OH, provided an overview of this year’s genitourinary (GU) cancer science highlights. He remarked that ASTRO 2021 represented a landmark in terms of the number of GU abstracts accepted— with 112 abstracts presented in 2 plenary sessions, 2 clinical trial sessions, 11 scientific research sessions, and other categories. Dr Tendulkar went on to review the abstract ratings, identifying the 5 most highly-rated GU abstracts as follows: (1) the first report of RTOG 0815–plenary session (Krauss et al); (2) the first report of NRG GU 003–plenary session (Buyyounouski et al); (3) a 10-year update of DART 01/05 GICOR (Zapatero et al); (4) the SAKK 09/10 validation of genomic classifiers in a postoperative setting (Dal Pra et al); and (5) the RTOG 9202/9413/9903 validation of genomic classifiers in a high-risk setting, (Nguyen et al).

In their report on RTOG 0815, Kraus et al1 focused on the outcomes of dose-escalated radiotherapy alone or in combination with short-term (6 months) androgen-deprivation therapy (ADT) in patients with intermediate-risk prostate cancer. Dr Tendulkar explained that although the role of ADT in treating patients with low- and high-risk prostate cancer has been studied extensively, use of short-term ADT in intermediate-risk disease is less well defined. The authors sought to elucidate the impact of ADT in terms of its ability to radiosensitize the disease and help identify which patients are most likely to benefit from treatment.

The study randomized a population of intermediate-risk patients who were given radiation with or without 6 months of ADT using abiraterone acetate and a luteinizing hormone-releasing hormone agonist. Patients could have received dose-escalated external-beam radiation therapy (EBRT), EBRT with a high-dose brachytherapy boost, or EBRT with a low-dose brachytherapy boost. Patients with higher risk disease (defined as >50% positive biopsy cores or having 3 of 3 intermediate-risk) factors were excluded.

The study defined its primary endpoint as 5-year overall survival (OS) and required that ≥1500 patients achieve sufficient power for this endpoint. Dr Tendulkar explained that the study was started prior to the implementation of the current modern favorable/unfavorable intermediate-risk prostate cancer classification system. The results indicated that there was no demonstrable increase in 5-year OS for patients in the ADT arm (P=0.22), although there were lower rates of distant metastasis (DM) and prostate cancer–specific mortality compared with those who did not receive treatment. Dr Tendulkar explained that patients in the ADT arm also had higher rates of grade 3 adverse events (17.5% vs 2.3%), leading to a transiently lower quality of life. To place these results in context, Dr Tendulkar reviewed the findings of other similar trials. To date, the only one that has suggested OS improvement in a similar population is RTOG 9408, in which only 54% of the patient cohort had intermediate-risk disease.

Dr Tendulkar remarked that GETUG 14, EORTC 228991, and PCS III all demonstrated no significant improvement in OS, although their results showed improvement in secondary endpoints. He noted that the RTOG 9910 trial of neoadjuvant treatment and the DART 01/05 trials of adjuvant therapy have reported no benefit with prolonged use of ADT. He pointed to a recent subset analysis of RTOG 9408, in which Zumsteg et al2 demonstrated a difference in development of DM, particularly after 5 years, in patients with unfavorable intermediate-risk disease but not in those with favorable disease. Dr Tendulkar pondered whether the results of RTOG 0815 will support a similar distinction.

In a plenary presentation, Buyyounouski et al3 discussed the results of the NRG GU 003 phase 3 trial comparing hypofractionated versus conventional radiation therapy after prostatectomy. Randomized patients were included on the basis of 1 of 2 prostate-specific antigen (PSA) eligibility criteria: a PSA <0.1 ng/mL, plus either stage pT3 disease or positive margin status (R1), or a PSA ≥0.1 ng/mL. Enrolled patients received either conventional fractionated therapy or hypofractionated therapy, with up to 6 months of ADT allowed. Dr Tendulkar explained that the endpoint results presented at ASTRO focused on patient-reported gastrointestinal (GI) and GU symptoms at 24 months as collected through Expanded Prostate Cancer Index Composite (EPIC) questionnaires. In reviewing the findings, he highlighted that the 24-month symptom scores showed no statistically significant difference between the 2 arms, suggesting that hypofractionated therapy is non-inferior to conventional therapy in patients with GU or GI toxicity. Dr Tendulkar also noted that NRG GU003 is the first randomized trial to evaluate the utility of hypofractionated radiation therapy in postprostatectomy patients. He commented that the ability of the investigators to complete enrollment of patients in just 1 year was impressive and that the initial findings—demonstrating no significant increase in GI or GU symptoms despite the higher EQD2 (biologically effective dose)—are promising.

Zapatero et al,4 focused on 10-year outcomes in the DART01/05 GICOR phase 3 randomized trial of high-dose radiation therapy and risk-adjusted ADT in patients with localized prostate cancer. Dr Tendulkar remarked that it is the first prospective trial to investigate this issue in the dose-escalated radiation therapy era. The primary study endpoint was 5-year biochemical disease-free survival (bDFS); about half (47%) of the cohort was at intermediate risk and the other half (53%) had high-risk disease. Patients were randomized to 4 months of neoadjuvant plus concurrent ADT plus radiation therapy with or without 24 months of adjuvant ADT. Dr Tendulkar remarked that since the original study results were published in 2015, the new data indicate that patients in the adjuvant ADT arm had statistically significant improvements in 5-year bDFS (90% vs 81%; P=0.01), OS (95% vs 86%; P=0.009), and metastasis-free survival (MFS) (94% vs 83%; P=0.01). Despite these impressive results, however, patients in the adjuvant ADT arm were at higher risk for nonfatal cardiovascular events.

Dr Tendulkar also reviewed the 10-year results. Although there was no longer any demonstrated statistically significant benefit for adjuvant ADT in terms of bDFS, OS, or MFS, he explained that the trial was not designed to evaluate for these 10-year metrics. Subset analysis of the high-risk patients demonstrated a sustained benefit for adjuvant ADT at 10 years in terms of bDFS (67% vs 54%; P=0.03); however, OS and MFS results were not statistically significant. Dr Tendulkar remarked that similar trials (RTOG 9202 and EORTC 22961) have also demonstrated OS benefit with use of adjuvant ADT.

Two presentations focused on genomic classifiers (GC). GC in SAKK 09/10, by Dal Pra et al,5 focused on evaluating the role of the Decipher GC in a phase 3 randomized trial of dose-escalated salvage radiation after radical prostatectomy. Dr Tendulkar reviewed the design of this first trial investigating the role of GC, in which patients were randomized to 64 or 70 Gy of radiation to the prostate bed. Patients in this trial had a median PSA of 0.3 ng/mL, and there was no difference in the freedom from biochemical progression (FFBP) between the 2 treatment arms. The primary objective of this classification study was to validate the GC for prediction of the primary endpoint (FFBP) and the secondary endpoints, clinical progression-free survival (CPFS) and use of salvage

ADT. The authors demonstrated that patients with higher GC scores (>0.6) had statistically significant greater odds of FFBP (hazard ratio [HR], 2.22), CPFS (HR, 2.29), and salvage ADT use (HR, 2.99) compared to their counterparts with intermediate (0.45-0.6) and low (<0.45) scores. Dr Tendulkar remarked that the findings suggest Decipher GC can be a valuable decision-making tool when choosing a management modality for postprostatectomy salvage therapy.

GC in RTOG 9202/9413/9902 by Nguyen et al6 was a meta-analysis focused on validation of Decipher GC based on phase 3 randomized trials in patients with high-risk prostate cancer. The study collected 385 biopsy samples from a combination of the 3 trials. Ultimately, after quality control, 265 samples were used in the analysis. Roughly half of the patients in the cohort represented by the samples had received short-term ADT (n=143) and the other half was given long-term ADT (n=122). The study results demonstrated that development of DM at 10 years was higher for patients with intermediate and high GC scores (29%) compared with low scores (13%). Dr Tendulkar remarked that multivariate analysis showed an independent association between GC score and DM (HR, 1.24; P<0.001), prostate cancer-specific mortality (HR, 1.27; P<0.001) and OS (HR, 1.12; P=0.001). Dr Tendulkar encouraged the audience to view the full presentation of this abstract and the other abstracts discussed.