Focal Therapy for Prostate Cancer: Should it Become a Standard of Care? 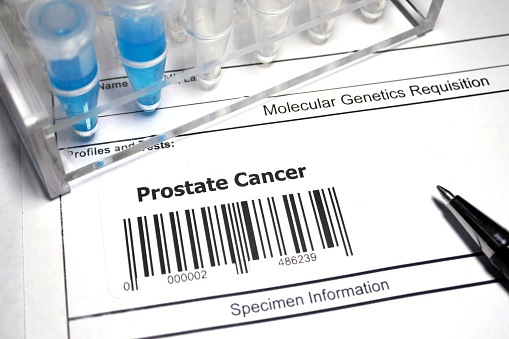 Dr Koch began by reviewing the prevalence of prostate cancer in the United States, where nearly 200,000 men continue to be diagnosed annually. The vast majority will survive at least 5 years, and for men with localized prostate cancer, many will live for 10 to 20 years after undergoing treatment. Understanding this is critical when discussing therapy options with patients, as many treatment modalities have consequential permanent side effects. He noted that in the past 10 to 15 years, there has been an increase in the use of active surveillance for patients with low-risk disease and an increase in radical therapy for those with high-risk disease. Trends for the treatment of patients with intermediate-risk disease have been split between surgery (40%) and radiation (40%), with active surveillance used for only a small proportion of these patients. Sadly, Dr Koch painted a picture that showed that for nearly 40 years, there have been no significant changes in the approach to treating patients with intermediate-risk prostate cancer.

The Beginnings of Focal Ablation Therapy

A 2017 study that evaluated decisional regret after prostate cancer treatment found that ~15% of patients who underwent surgery or radiation had major decisional regret.1 This regret was primarily associated with sexual or gastrointestinal dysfunction. This paved the way to consider focal therapy, especially if it reduced the side-effect profile seen with whole gland therapy. This approach, introduced in 2008, was supported by the results of a small study evaluating focal therapy with nearly 5 years follow-up, which reported fairly good oncologic and quality-of-life outcomes.2 That same year, a consensus panel organized by Urology®, the “Gold Journal,” and led by Peter Scardino, MD, of Memorial Sloan Kettering Cancer Center, concluded that focal therapy was a reasonable treatment option that should be explored in clinical trials.

Dr Koch went on to explain why it took so long for focal ablation therapy to become adopted. Initially, the reason was that because prostate cancer is a multifocal disease, the idea of treating an index lesion while leaving residual disease was concerning. However, over time, we have become more aware that the index lesion drives cancer biology. Moreover, advances in multiparametric magnetic resonance imaging (mpMRI), prostate-specific membrane antigen (PSMA), positron emission tomography (PET) imaging, and ablation technology have made the argument for focal therapy stronger. Patients are also becoming more aware of these less morbid approaches and are expressing a desire to pursue them.

The Effectiveness of Focal Therapy

So, how effective is focal therapy? The largest cohorts of patients receiving focal therapy ablation are from Europe. A recently reported study that included 1400 men, mostly with intermediate-risk, and some with high-risk disease, attempted to determine which patients did not require whole gland treatment (failure-free survival). Failure was defined as 2 consecutive increases in prostate-specific antigen (PSA) level followed by magnetic resonance imaging (MRI) and biopsy that then might indicate the need for whole gland therapy. In the study, 70% of patients with intermediate-risk and 30% with high-risk disease were able to avoid whole gland therapy for 7 years while experiencing minimal complications.3 Other researchers have found that quality of life is maintained in patients who undergo focal therapy, and a conglomerate of 3 studies indicates erectile function initially declines but returns almost to baseline by 1 year after treatment.4

Dr Koch concluded that the ideal patient for focal therapy has significant disease but is not a candidate for active surveillance. Prospective patients should not have high-risk disease, where a wide resection and/or lymph node dissection would be indicated. Cancer should be confined to a single portion of the prostate, not involve the sphincter, and ideally it should be visible on mpMRI.

Dr Koch next introduced Dr Stratton, who discussed 2 modalities, cryotherapy and high-intensity focused ultrasound (HIFU).  Cryotherapy is a thermal ablation of the prostate by placing treatment probes into the prostate. The needles are placed and create an “ice ball.” On follow-up mpMRI, the index lesion is obliterated, and a subsequent biopsy would be negative. Limitations for the use of cryotherapy include large prostates (>80 g), small prostates, the presence of a median lobe, or prior transurethral resection of the prostate (TURP).

By contrast, HIFU allows for precise demarcation of an ablation zone. Again, posttreatment mpMRI would show obliteration of the index lesion. Challenges with HIFU technology include a rigid probe focal length, which means the prostate must be manipulated to ensure the focal length is correct. Limitations for use include prostate height, an enlarged prostate (>40 g), and apical tumors. Other limitations include prostate calcifications and brachytherapy seeds, as they inhibit the high-intensity ultrasound. Cryotherapy and HIFU have similar efficacy in treating prostatic base tumors. However, if the index tumor is more apical, there may be a higher risk of recurrence with use of HIFU. Dr Stratton concluded that focal therapy can be considered the standard of care for patients with intermediate-risk prostate cancer.

Dr Koch then introduced Dr Eggener, who discussed MRI-guided laser ablation and transurethral ultrasound ablation. MRI-guided laser ablation uses transperineal access and is done with real-time MRI feedback. It is best used to treat small visible lesions seen on mpMRI. Data on its effectiveness are limited. The largest study included a population in which one-third of patients had Gleason 3+3 disease. Patients were monitored and had a follow-up biopsy at 1 year after treatment. However, only one-third of the patients in this study received a follow-up biopsy. Of those who underwent a biopsy, nearly 40% of patients still had relevant pattern 4 disease. Side effects included hematuria (7.4%), erectile dysfunction (5%), and urinary retention (4.1%), and, notably, 2 patients developed a rectourethral fistula.5

MRI-guided transurethral ultrasound ablation differs from HIFU in that it works by emitting ultrasound waves in a radial fashion. Initially it was only available to use as whole gland therapy, but now it can be also used for focal therapy. It is capable of treating large and small prostates. In a phase 2 multicenter trial evaluating 115 patients, two-thirds of whom had intermediate-risk disease, the primary endpoints were safety and changes in PSA level.6 In patients who underwent whole gland treatment, the median PSA reduction was 95% and average gland size shrank significantly (from 37 g to 3 g).

Posttreatment biopsy at 1 year showed that 75% to 80% of patients had a lower level or similar level of disease, compared to the initial biopsy, while 65% of patients had no evidence of disease. At the 3-year follow-up, approximately 13% of men required additional therapy. The side-effect profile was quite favorable in this patient population and, when compared to traditional treatment approaches, there was a better toxicity profile. A small percentage of patients experienced adverse effects from the treatment, including worsening of urinary symptoms, such as irritative voiding symptoms or urinary incontinence. Additionally, 25% of patients experienced erectile dysfunction, although many of these patients responded successfully to oral erectile dysfunction pharmaceutical treatment.

Dr Eggener concluded that although only very short-term follow-up and early outcomes data are available for these focal therapy technologies, it is reasonable to consider them for treatment of highly selected patients. Such patients can benefit from the significant improvement in treatment-related toxicity effects. It is important to keep in mind that these technologies require the use of an MRI machine and a skilled radiology team, can be expensive, and may require out-of-pocket costs for patients.