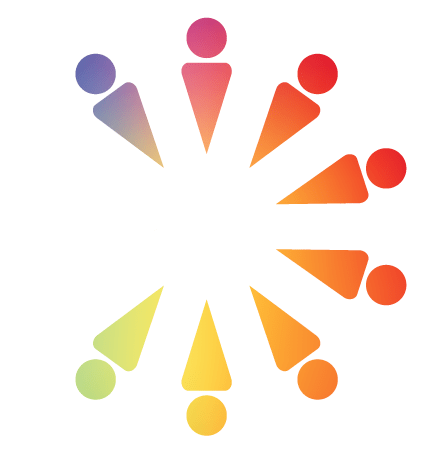 Although most cases of prostate cancer present at an early stage, and often with an indolent course, the disease continues to be the second most common and fifth most deadly cancer in men worldwide. This is because an estimated one-third of men with prostate cancer will develop metastases at some point during the course of their disease. For these reasons, treatment of high-risk and advanced prostate cancer is of critical importance for patients and physicians.

For decades, the standard of care treatment for metastatic hormone-sensitive prostate cancer (mHSPC) has been androgen-deprivation therapy (ADT), which reduces the levels of circulating testosterone to prevent further growth of prostate cancer. With the recent publication of landmark trials, including CHAARTED and STAMPEDE, there has been a recent paradigm shift in the management of advanced prostate cancer. In particular, there have been significant changes in treatment guideline recommendations for mHSPC.

Catherine Marshall, MD, MPH, an assistant professor of oncology at Johns Hopkins Medical Center, and GU Oncology Now Editor, helped clarify the recent shifts in management of mHSPC. According to Dr Marshall, when we speak about mHSPC, we really are referring to 2 related entities: (1) confirmed metastatic disease based on conventional scans (eg, computed tomography [CT] or nuclear bone scans) showing evidence of lymphadenopathy, visceral disease, or bone lesions on bone scan; and (2) recently diagnosed prostate adenocarcinoma that has not yet been treated with ADT and may still be sensitive to it. With the development and increased use of functional imaging, such as prostate-specific membrane antigen (PSMA) positron emission tomography (PET) CT, Dr Marshall pointed out that upstaging of prostate cancer in patients is likely to increase. Indeed, upstaging of disease that once would have been considered biochemically recurrent in a patient with rising PSA and negative conventional scans (ie, CT and bone imaging), may have PSMA imaging indicative of metastatic cancer. According to Dr Marshall, this is worth pointing out because the clinical trials that have established benefit of intensification of treatments for men with mHSPC were based on the presence of metastatic disease on conventional imaging.

As mentioned above, ADT has long been the standard of care for treatment of men with mHSPC; using either a luteinizing hormone-releasing hormone (LHRH) agonist or antagonist alone. Unfortunately, it is almost certain that men with mHSPC treated with ADT will ultimately develop hormone-resistant disease. Over the past decade, efforts have been made to add various antiandrogen therapeutics to the regimen to delay the inevitable onset of hormone resistance. Currently, 4 drugs, previously only approved for the treatment of hormone-resistant prostate cancer, have become standard of care in the treatment of men with mHSPC. The chemotherapeutic agent docetaxel and the oral antiandrogen drugs abiraterone, enzalutamide, and apalutamide have been shown in large trials to prolong overall survival when used upfront at the time of diagnosis (ie, when the patient is still sensitive to ADT) instead of waiting for the disease to evolve into metastatic hormone-resistant prostate cancer. Dr Marshall explained that this approach—a regimen of ADT plus 1 of the 4 approved therapeutic agents—is referred to as “doublet therapy” for treatment of men with mHSPC.

If doublet therapy shows a clinical advantage, the obvious question is whether “triplet therapy” would show an even greater one. When GU Oncology Now posed the question to Dr Marshall, she was careful to temper expectations. She cited 2 recent randomized trials investigating the benefit of triplet therapy, the PEACE-1 trial and the ARASENS trial. According to Dr Marshall, the real question being asked about triplet therapy is whether “combining chemotherapy with an oral novel hormonal agent improves outcomes compared to chemotherapy and ADT.” PEACE-1 explored the addition of abiraterone/prednisone and ARASENS explored the addition of darolutamide  against the backbone of ADT plus docetaxel.

However, Dr Marshall noted some differences in the patient populations of these trials. Patients enrolled in PEACE-1 had de novo metastatic disease (ie, disease that was metastatic at the time of prostate cancer diagnosis). The results showed that men who received abiraterone with or without radiation in addition to ADT plus docetaxel had improvements in radiologic progression-free survival and overall survival. By contrast, the ARASENS trial compared ADT plus docetaxel with either the antiandrogen darolutamide or placebo. Most, but not all, patients had metastatic disease at the time of diagnosis. ARASENS also showed an overall survival benefit of triplet therapy compared with ADT plus docetaxel, with the risk of death in the darolutamide group found to be 32% lower than in the placebo group. Neither of these trials evaluated the triplet therapy of ADT and docetaxel plus an oral antiandrogen against a comparator arm of ADT plus an oral antiandrogen alone. For this reason, Dr Marshall points out, we cannot yet say with certainty that triplet therapy is superior to doublet therapy of ADT + oral anti-androgen.

Dr Marshall noted that one of the major concerns about use of triplet therapy is the risk of toxicity to the patient. There have been concerns within the medical community about potential additive toxicity when taking 3 agents simultaneously. Primary among these is concern about  the potential exacerbation of fatigue and neuropathy with inclusion of docetaxel. However, according to Dr. Marshall, those trials showed “toxicities are what would be expected from the individual agents” if they are taken alone.

As described earlier, the 4 standard of care agents used in addition to ADT were previously only indicated for hormone-resistant prostate cancer. When asked how else the treatment of hormone-resistant disease may be impacting the approach to mHSPC, Dr Marshall stressed that deciding on the appropriate sequencing of treatments will continue to be increasingly challenging as more treatments become available in clinical practice and the standard treatments for hormone-resistant disease continue to be used earlier in the prostate cancer course. Further, as the medical community continues to employ novel hormonal agents and chemotherapy in the hormone-sensitive setting, the choice of which treatments to use next—after hormone resistance develops—has become a gray area. Dr Marshall mentioned the CARD trial as a study that provides evidence supporting the use of the chemotherapeutic agent cabazitaxel when there has been disease progression on abiraterone or enzalutamide, plus docetaxel. Results from the CARD trial showed significant improvement in both progression-free survival and overall survival. Dr Marshall also was careful to point out that the medical community will be required to consider when to use newer therapeutic agents, such as radiologic-targeted ones like lutetium-177 PSMA therapy, and immunotherapy and targeted agents, such as PARP (poly adenosine diphosphate-ribose polymerase) inhibitors, for treatment of men who might benefit from those therapies.

The Future of mHSPC Treatment

GU Oncology Now asked Dr Marshall what the treatment of men with mHSPC might look like in the future. According to her, the future of management likely will include use of more targeted agents at earlier stages of disease. She anticipates that with further drug development and clinical trial progress, the medical community will likely get better at defining who will require the most intensive treatment course and who can still be managed well without the increased morbidity that accompanies treatment intensification.

Ultimately, Dr Marshall stressed, the choice of treatment for men with mHSPC must be tailored to multiple patient- and disease-specific variables.  Current treatment of men with mHSPC has moved well beyond the previous standard of ADT alone. The paradigm has shifted as the use of chemotherapy or new antiandrogen agents in conjunction with ADT has demonstrated significant survival benefits compared to ADT alone. Although select individuals may not benefit from doublet therapy because they are too frail to tolerate the second agent, or have other significant comorbidities, it is clear that for many patients, there are far more treatment options to choose from in determining how best to approach a patient with a diagnosis of mHSPC.