Michael J. Morris, MD, section head of prostate cancer and attending physician at Memorial Sloan Kettering Cancer Center (MSKCC), is well known for his work in the development of targeted radioimaging and theranostic agents, including his leading role in the Phase 3 clinical trials, OSPREY and CONDOR.

In an interview with GU Oncology Now, Dr. Morris described how he followed a less conventional path through the study of medicine and how that and his early work experiences informed his decision to pursue clinical research in the diagnosis and treatment of prostate cancer.

Almost the whole of Dr. Morris’ personal and professional life has been based in New York City, “a great place to live and practice medicine,” he asserts. In a typical week, Dr. Morris devotes around 2 days to seeing patients in the clinic and the rest of his week on research, mentoring, and education, taking care of protocol work and administrative responsibilities. “Some of the research is my own work and some of it is making sure that I am facilitating the work of others and advancing the field for the next generation,” he explains.

He also makes time for the Prostate Cancer Clinical Consortium (PCCTC) and the Alliance for Clinical Trials in Oncology, a National Cancer Institute (NCI)-funded cooperative group, for which he serves, respectively, as medical director and GU Committee Chair. “You work a lot of hours, but they are good hours,” he says.

“I was born and bred in New York, and most of my family is still here,” Dr. Morris explains. Growing up, none of his immediate family were physicians, but they valued scientific and other inquisitiveness, he acknowledges. The only extended time Dr. Morris has spent outside New York to date was during his undergraduate years at Harvard and subsequent 3-years’ employment in a research laboratory in Boston. Unusually, for a premed student, Dr. Morris majored in English and Literature, while spending his summers fulfilling the prerequisites for medical school.

He chose this path, he says, because of his broad interests and desire to maintain an intellectual balance. He graduated with a BA in 1987. He explains that the aim of then taking on laboratory work was to get some scientific experience before applying to medical school. “The greatest use of it was convincing me that I really wanted to work with people and that my research interests were clinically oriented,” he recalls. “I appreciate the discipline of science, but I gravitated much more toward the human end of it, so I decided that my laboratory would involve actual people, as opposed to bacteria or rodents.”

“So, I had a rather serendipitous way of making my way, ultimately, to medical school,” he says, “but I think that it gave me more valuable life experience and also an appreciation for the road less traveled and feeling comfortable doing that, and I think that that ultimately translated into how I approached my research.” He returned to New York in 1990 to matriculate at Icahn School of Medicine at Mt. Sinai in New York, and he received his MD in 1994.

It was during Dr. Morris’s residency at New York-Presbyterian Columbia University Irving Medical Center that he became interested in oncology. “What I really enjoyed about oncology was that at that time [the 1990s], cancer was still a great unknown, with few therapies,” he recalls. “It seemed like a challenging, wide-open space where discovery was ripe and, as they say, ‘in the land of the blind, the one-eyed man is king,’ so even incremental changes could be very important in terms of influencing patient lives.”

He discovered that he especially enjoyed taking care of patients who face acutely challenging illnesses. Dr. Morris looks back with satisfaction at the “sea change” that has taken place so rapidly in oncology in general over the past several decades. “I wasn’t disappointed by my choice,” he says. “I caught the field right at the time when biologic understanding was picking up and so it was a very opportune time to join the world of oncologic study. The science, of course, translated into drug development shortly afterwards.”

He attributes stimulation of his interest in prostate cancer in large part to the mentorship of Howard I. Scher, MD, during his fellowship at MSKCC. Dr. Scher is currently Head of the Biomarker Development Program and Chair in Urologic Oncology at MSKCC and Professor of Medicine at Weill Medical College. “He captured my imagination about prostate cancer because he had a long-term view of where the disease was going and what needed to be done to develop new drugs to treat the disease, not just the biology and not just the drugs that matched that biology, but the entire framework of how to do trials in prostate cancer,” he recalls.

“He also found a unique niche for me, introducing me to the concept of bridging medical oncology and nuclear medicine.” Dr. Morris’ mentor in nuclear medicine was Stephen M. Larson, MD, whom Dr. Morris refers to as “one of the greats of nuclear medicine.” Dr. Larson is currently Hedvig Hricak Chair in Radiology and Lab Head of the Molecular Pharmacology Program at MSKCC. Dr. Morris is very appreciative of the opportunities that MSKCC has afforded him professionally. “One of the great things about MSKCC is that it tends to support unusual careers,” he asserts. “There is so much expertise and mentorship there that you can usually find the people that you need to support you within that really fertile environment.”

So he was able to study the development of drugs and imaging biomarkers from a nuclear medicine/radiology perspective, but within the field of medical oncology. “It’s been a very long road,” he admits,” but in the course of it, we’ve done so much to advance the field, not only in therapeutics, but on the imaging side as well, with new imaging modalities and also very importantly, standardizing how to image prostate cancer patients for clinical trials so that drugs can be developed that much more quickly and efficiently.”

There is a lot of cross-fertilization between projects, he notes. He cites as an example how, during the development of androgen-receptor targeted therapies, they used a novel form of PET/CT scanning that they had also been working on with fluoro-dihydrotestosterone (F18 [18F]-FDHT)), “a type of radioactive testosterone,” as part of dose-finding clinical trials of drugs like enzalutamide and apalutamide.

Development of novel imaging methods and treatments requires a team effort by medical oncologists, nuclear medicine doctors, radiologists, and laboratory chemists, Dr. Morris stresses. “I can’t overemphasize enough the collaborative and multidisciplinary nature of the work.” he says. “It’s the communications and problem-solving from different aspects and different disciplines and different knowledge bases that make every day interesting.” The development of theranostics has been a global collaboration, especially among centers like MSKCC in the US and other countries. “There’s a huge amount of global enthusiasm in which MSKCC shares, especially for a new therapy for a disease that afflicts men in all corners of the world,” Dr. Morris acknowledges.

Caring for the Future

He is unstinting in his praise of MSKCC as “one of the best cancer centers in the world, and I say that having worked at a number of different hospitals and seen how they care for patients and what their level of dedication is,” he declares. “MSKCC takes really, really good care of cancer patients from top to bottom, whether that’s at the administrative, nursing, maintenance, or technical level. Patient care is at the top of everybody’s agenda,” he asserts. He adds, “Our institutional mission is to develop new drugs, so when patients seek us out, it is not just because we provide excellent care, but because we specifically focus on offering the next generation of drugs that will be at the center of care tomorrow.”

Dr. Morris has no hesitation in recommending clinical research in oncology to medical graduates considering a career in the field, “It’s a great career because you get to see patients not only for who they are and the problems that you need to solve for them, but also for the new ways that you are thinking about for treating the disease and having the patients participate in that. Each patient is part of answering the questions that will ultimately benefit the next generation while your patients are benefitting from the patients that you treated on trials a few years before.” That perspective is meaningful, he says. “The whole endeavor of taking care of patients and working closely with colleagues to solve the problems that will define therapy for the future is extremely rewarding.”

Linda Brookes, MSc, is a freelance medical writer/editor based in New York and London. 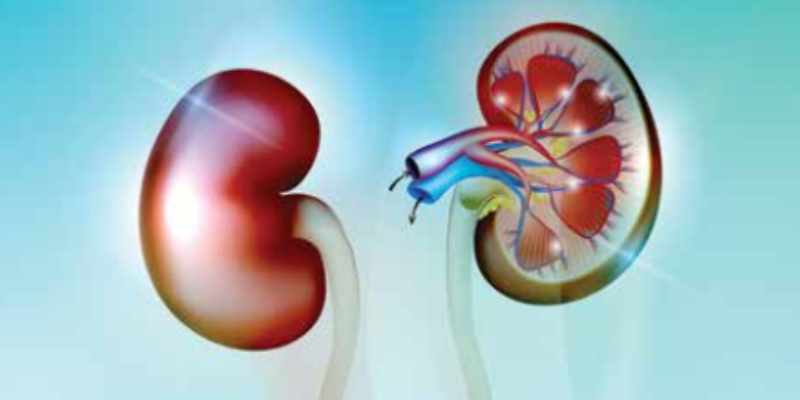 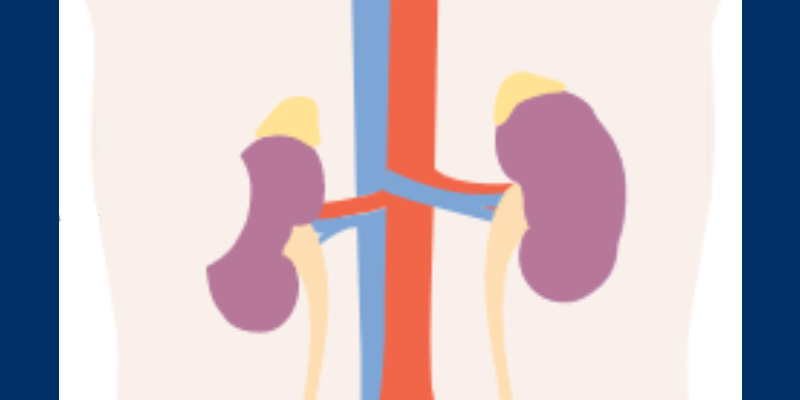 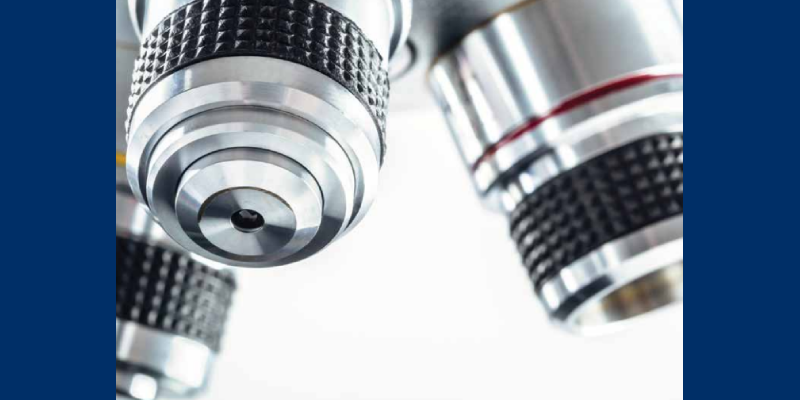 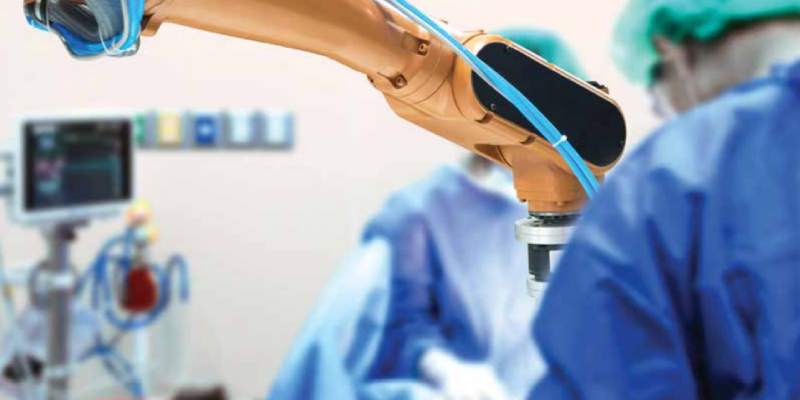 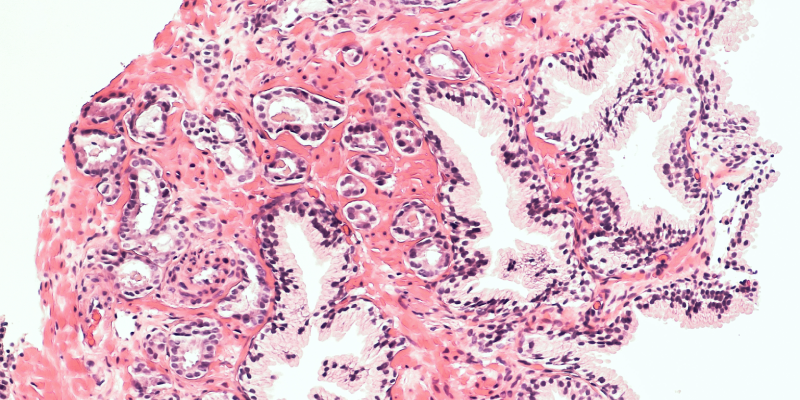