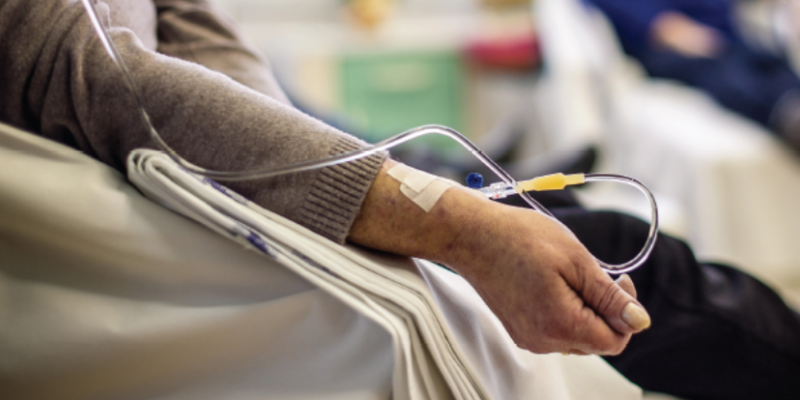 Prostate cancer continues to be the second leading cause of cancer mortality in American men1 with an estimated 35,000 anticipated deaths in 2022. The treatment of advanced prostate cancer has evolved dramatically in the past decade with the introduction of several novel anti-androgen pathway inhibitors as well as further defining the role of chemotherapy and even newer modalities such as PSMA directed theranostic radiation therapy. In this interview, Dr Akhil Saji, MD talks with Dr Catherine H. Marshall about the current state of chemotherapy in advanced prostate cancer and how she uses the available modalities in her practice.

Akhil Saji, MD: Let’s start by talking about chemotherapy in general. Which ones do you use in the treatment of advanced prostate cancer?

Catherine H. Marshall, MD, MPH: So there are two that we use primarily. One is docetaxel and the other is cabazitaxel. They both work by interfering with microtubules in the tumor cells leading to cell death. Both are approved for use in advanced prostate cancer, but cabazitaxel is only approved for use after docetaxel or for patients who are ineligible for docetaxel. I also use carboplatin sometimes in combination with docetaxel or cabazitaxel, but that is used less commonly.

Could we talk about when you would recommend chemotherapy for a patient with prostate cancer? We can start by first talking about the metastatic castration naïve setting and then talk about your thoughts on where chemotherapy fits into the setting of men with castration resistant disease.

…And in the castration resistant setting?

In the metastatic castration resistant prostate cancer setting, data from the CARD trial supports using chemotherapy in between the oral androgen axis targeting drugs. So I talk to patients about those data. For patients who have rapidly progressing disease, or symptomatic disease, I also usually recommend chemotherapy over other agents in that setting too. If they’ve never received chemotherapy, then I usually do docetaxel. If they’ve received prior docetaxel, now actually they may be candidates for lutetium PSMA treatment, or I would recommend cabazitaxel.

In terms of the patients who do get the upfront chemotherapy, do you find that they all complete their full six courses, or do a lot of people have unacceptable toxicities earlier than the 6 doses?

Most patients are able to complete the six doses, especially early on in the disease course. Ability to withstand the toxicities is also something I consider when deciding when to give chemotherapy. Sometimes, if patients have certain disease-based risk factors that suggest a particularly aggressive prostate cancer, I think they will need chemotherapy at some point soon. I will try and use chemotherapy earlier rather than later when performance status is better. But most patients are able to get through six cycles of docetaxel.

Is that the case in castration resistant setting too?

Looking to the future, what is on the horizon?