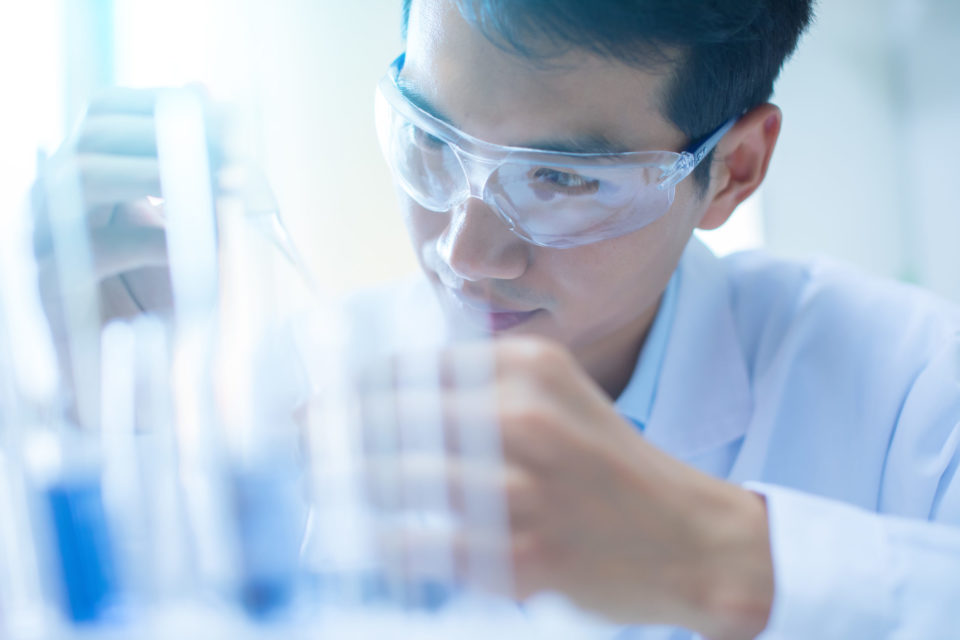 Presentation of: Nizar M. Tannir, MD, FACP, professor in the Department of Genitourinary Medical Oncology, Division of Cancer Medicine, at The University of Texas MD Anderson Center in Houston

TELAGLENASTAT (CB-839) is an investigational selective oral inhibitor of glutaminase, a key enzyme of glutamine metabolism that is overexpressed in many types of tumors, including renal cell carcinoma (RCC). Based on encouraging evidence from preclinical and phase 1 studies with the drug alone or in combination,1-5 the large, randomized, placebo-controlled, phase 2 CANTATA trial (NCT03428217) evaluated the efficacy and safety of telaglenastat combined with cabozantinib, an approved agent for RCC, compared with placebo plus cabozantinib in patients with advanced or metastatic RCC.6 Envisaged as a potential registration trial, CANTATA involved a total of 133 centers in the United States, Europe, and Australia/ New Zealand. On January 4, 2021, however, topline results announced by Calithera Biosciences (South San Francisco, CA) revealed that the trial did not achieve its primary endpoint of improved progression-free survival (PFS).7 As a result, the company announced that future clinical development of the drug would be focused away from RCC.

Detailed results of CANTATA were presented at the 2021 ASCO Annual Meeting by Nizar M. Tannir, MD, professor in the Department of Genitourinary Medical Oncology, Division of Cancer Medicine, at The University of Texas MD Anderson Center in Houston.8 In a discussion after the meeting, Dr. Tannir reviewed the findings from the trial and its implications for future treatment of RCC.9 Despite the negative result of CANTATA, Dr. Tannir believes that telaglenastat could still be a valuable treatment option in a different combination in a number of RCC subtypes.

Glutamine is used as cellular ‘fuel’ for the biosynthesis of other amino acids, metabolites, nucleotides, lipids, proteins, and for generating energy in the form of adenosine triphosphate (ATP). Glutamine is converted to glutamate, which then enters the tricarboxylic acid (TCA) cycle, a central hub for critical cellular metabolism. Many tumor cells utilize glutamine to meet the elevated bioenergetic and biosynthetic demands of rapid cell growth. Among others, RCC tumors, among others, consistently show higher levels of glutamine and glutamate compared with normal tissue. Glutaminase, the enzyme that converts glutamine to glutamate, therefore represents an appealing target for therapeutic intervention in a number of tumor types, since inhibiting glutaminase would deprive tumor cells of glutamate as a vital fuel source, Dr. Tannir explained.

“Good strong” preclinical data showed that telaglenastat synergized with cabozantinib, a tyrosine kinase inhibitor of VEGFR2, MET, AXL, and other targets, and the mammalian target of rapamycin (mTOR) inhibitor, everolimus.1 A phase 1 trial in 120 treatment-refractory solid tumor patients confirmed that telaglenastat monotherapy was safe with a favorable PK/PD profile and showed “early signals of anticancer activity that warrant[ed] further exploration.”2 The recommended phase 2 dose was established as 800 mg twice daily.2

Earlier emerging evidence suggested that combining telaglenastat with therapies such as everolimus or cabozantinib, agents known to interfere with glucose utilization, would enhance antitumor efficacy. In a phase 1b study in metastatic RCC,3 combinations with both agents were well tolerated, and “encouraging clinical activity” was seen.3

In a phase 2 study (ENTRATA), everolimus 10 mg daily plus telaglenastat 80 mg twice daily in heavily pretreated patients with metastatic RCC was associated with a doubling of the median PFS compared with everolimus plus placebo (8.8 vs 1.9 months, HR: 0.64 [0.34, 1.20], P=0.079). However, activity was modest, and few investigators and physicians in the United States were using everolimus at that time, Dr. Tannir explained. With strong preclinical data supporting the use of telaglenastat plus cabozantinib, an established agent in RCC, “it made sense, very importantly, to go back to that phase 1 combination,” he said. In a Phase 1 escalation/expansion study with telaglenastat plus cabozantinib, the overall response rate (ORR) was 50% and disease control rate 100%.5

The CANTATA enrolled patients with metastatic RCC and 1-2 prior lines of systemic therapy, including ≥1 anti-angiogenic therapy or nivolumab plus ipilimumab, but no prior cabozantinib or other MET inhibitor. A total of 444 patients were randomized 1:1 to receive cabozantinib 60 mg orally, once daily, with either telaglenastat 800 mg orally, twice daily, or placebo, until disease progression or unacceptable toxicity. Baseline characteristics were balanced between treatment arms.

After a median follow-up of 11.7 months, the primary endpoint, progression-free survival (PFS) for telaglenastat- cabozantinib vs placebo-cabozantinib had not been met; median PFS was 9.2 months vs 9.3 months, respectively (HR = 0.94; 95% CI: 0.74, 1.21). ORR was 31.2% vs 27.8%, respectively. Overall survival was not mature at data cutoff, but there were very few deaths, Dr. Tannir recalled. “Safety-wise, there was no signal of anything unusual that we didn’t see in the broad phase 1 study and with what we know about monotherapy with cabozantinib or telaglenastat,” he noted.

In a prespecified subgroup analysis in patients with prior immune checkpoint inhibitor therapy (about 64% on each arm), median PFS was found to be numerically longer with telaglenastat-cabozantinib than placebo-cabozantinib (11.1 vs 9.2 months, respectively HR = 0.77; 95% CI: 0.56, 1.06). “I think this is an important observation that is probably going to inform us moving forward,” Dr. Tannir predicted. He recalled data from one of the Phase 1 studies in which responses (1 CR and 2 PRs) were seen in 3 patients with melanoma who were progressing on anti-PD-1/PD-L1 and who responded to treatment with telaglenastat plus nivolumab.10 “I think we should do a single arm and see what happens,” he suggested.

The CANTATA investigators concluded that the trial had provided “valuable insight” into efficacy outcomes of a contemporary population of patients with metastatic RCC who receive cabozantinib in the second- or third-line setting. Considering the negative result with telaglenastat, Dr. Tannir discounted the dose and schedule in combination with cabozantinib as a reason. “I think cabozantinib probably was not the best partner because cabozantinib did not block glucose utilization as other agents such as mTOR inhibitors would have done,” he suggested.

The RCC subtype studied could also have affected the results, he suggested. “I believe that clear cell RCC is so heterogeneous that this is not the best tumor type with which to validate this concept,” he said. “We’ve been negotiating to do single-arm studies in tumors, which I believe, among all the RCC subtypes, are more metabolically active than clear cell RCC,” he said.

“Hereditary leiomyomatosis and RCC (HLRCC) and renal medullary carcinoma (RMC) are highly metabolic tumors, so we’re thinking of partnering telaglenastat with bevacizumab plus erlotinib in HLRCC and RMC tumors to see whether we can validate the concept of dual blockade of glucose and glutamine with a better partner in a more metabolically active tumor. HLRCC and RMC will be our proof of principle.” He suggested a combination of telaglenastat with an established regimen in HLRCC, bevacizumab plus erlotinib. “If we can also confirm it in RMC, and if we see that there is a synergy between telaglenastat and bevacizumab and erlotinib in these two tumor types, then I think we can then try it in clear cell RCC,” he explained.

Dr. Tannir acknowledged the current lack of biomarkers in RCC that could identify patients who would derive the most benefit from glutaminase inhibitors and detect therapeutic response and resistance early on in treatment. “We will wait and see the results of the ongoing KEAPSAKE (NCT04265534) study, which is looking at frontline treatment with telaglenastat vs placebo with a standard of care regimen (pembrolizumab and chemotherapy) in patients with nonsquamous non-small-cell lung cancer tumors with a KEAP1 or NRF2 mutation,” he said.