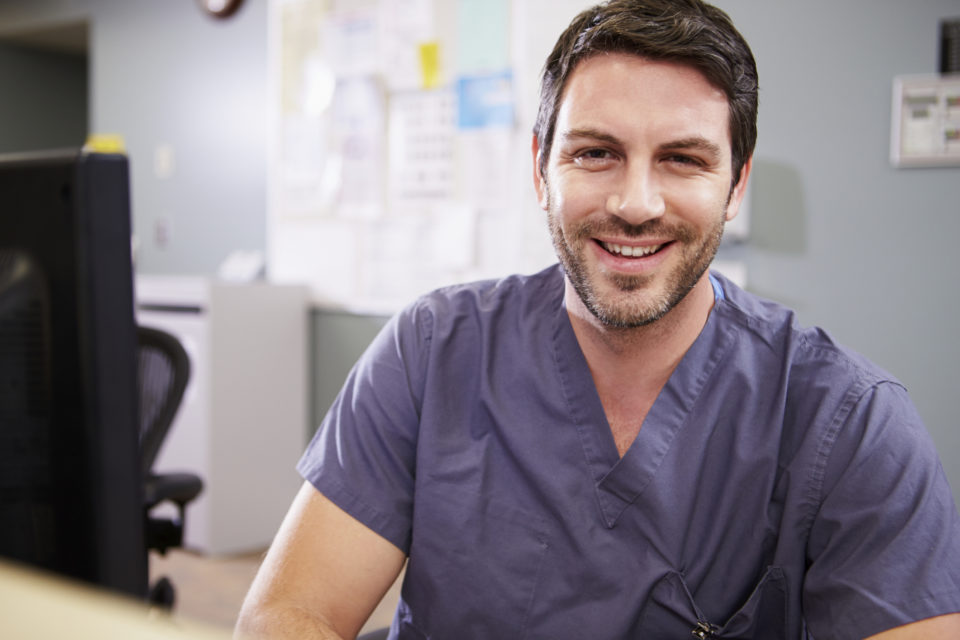 The final overall survival (OS) results from the ARCHES clinical trial (NCT02677896), presented at the 2021 European Society for Medical Oncology (ESMO) congress, showed that enzalutamide plus androgen deprivation therapy (ADT) has a long-term survival benefit versus placebo plus ADT in men with metastatic hormone-sensitive breast cancer (mHSPC; also known as metastatic castration- sensitive prostate cancer).1 Early use of enzalutamide with ADT led to a significant delay in the need for subsequent antineoplastic therapy, reported Andrew J. Armstrong, MD, Professor of Medicine, Surgery, Pharmacology, and Cancer Biology at Duke University School of Medicine and member of the Duke Cancer Institute, Durham, NC.1 These new results from ARCHES provide valuable data on the clinical profile of enzalutamide in the earlier disease setting, Dr. Armstrong remarked.

The multinational phase 3 ARCHES trial was set up to evaluate the efficacy and safety of enzalutamide in men with mHSPC, regardless of prior docetaxel or disease volume. Between 2016 and 2018, a total of 1150 men with mHSPC were randomized 1:1 to enzalutamide at a dose of 160 mg/day added to ADT or to placebo plus ADT. The median age of these patients was around 70 years, the majority were of good functional status, and about 18% had had docetaxel prior to enrollment, Dr. Armstrong noted.

At the time of the primary analysis, at a median follow-up of 14.4 months, enzalutamide plus ADT significantly reduced the risk of radiographic progression-free survival (rPFS) or death, the primary endpoint of the study, by 61% (HR 0.39, 95% CI 0.30-0.50, P<0.001) compared with placebo plus ADT.2 Improvements were also seen in key secondary endpoints, including time to PSA progression, initiation of new antineoplastic therapy, first symptomatic skeletal event, and castration resistance, and reduced risk of pain progression. A high quality of life was maintained with enzalutamide plus ADT versus placebo plus ADT.3

Overall survival (OS) was a key secondary endpoint in ARCHES, but at the time of data cut-off in October 2018, OS data were immature, with only 84 of the 342 deaths prespecified by the original study protocol, Dr. Armstrong explained, stressing that OS is a critical benchmark for assessing clinical efficacy.

Based on the clear benefit of enzalutamide seen in 2018, the study was unblinded and 180 patients receiving placebo plus ADT who remained progression-free crossed over to receive enzalutamide plus ADT as part of an open-label protocol that remains ongoing, Dr. Armstrong explained. The median time to crossover was 21.5 months. “This group of patients generally had a more favorable prognosis at baseline than the general ARCHES population, with more node-only and fewer de novo MI patients,” Dr. Armstrong noted.

Subgroup analysis of OS demonstrated that significant benefit in OS with addition of enzalutamide was maintained for the majority of subgroups, including age and geographic region and baseline ECOG performance status, Gleason score, disease localization, and PSA, as well as volume of disease. “It is important to point out that this trial permitted patients with prior docetaxel at study entry, and we saw that the survival point estimates were very similar in the groups with or without prior docetaxel,” Dr. Armstrong added, although noting that the CIs for the small docetaxel group crossed 1 (HR 0.74, 95% CI 0.46-1.20). Patients without visceral metastases showed a 40% survival advantage (HR 0.60, 95% CI 0.48-0.76), but a small group with liver and other visceral metastases did not appear to benefit (HR 1.16, 95% CI 0.67-2.0). The clinical benefit of enzalutamide in these subgroups remains uncertain, Dr. Armstrong commented.

Analysis of final time to subsequent antineoplastic therapy, another key study endpoint of ARCHES, revealed that patients who received enzalutamide plus ADT had a significant (62%) delay in the need for subsequent therapy (HR 0.38, 95% CI 0.31-0.46), Dr. Armstrong reported. Docetaxel (12.3%), enzalutamide (10.6%), and abiraterone (7.3%) were the most common subsequent therapies that patients received. Overall, including the 184 crossover patients, 70% of patients initially treated with placebo plus ADT subsequently received “any proven life-prolonging therapy,” which in 42% of these patients was enzalutamide.

Safety and toxicity data from the final analysis were consistent with the finding of the primary analysis, Dr. Armstrong reported. Reviewing long-term treatment-emergent adverse events (TEAEs), he stressed the longer treatment duration for enzalutamide, 40.2 months, compared with 13.8 months and 23.9 months for the placebo and crossover groups, respectively.

Keeping this in mind, enzalutamide-treated patients had an approximately 2-fold higher risk of hypertension compared with placebo (14.3% vs 6.8%) and a slightly higher risk of cognitive impairment (6.6% vs 2.6%), particularly Grade 1/2, he reported. Cardiovascular risk was low overall (4.5% vs 1.9%). Reflecting the known effects of enzalutamide on skeletal muscle mass and bone health, a 2-3-fold higher risk of falls (10.1% vs 3.3%) and fractures (13.5% vs. 5.4%) was seen in this group. “The good news,” Dr. Armstrong continued, “is that we did not see any study drug-related TEAEs leading to death.” He noted that 13.8% of patients had to stop enzalutamide due to a TEAE, compared with 5.6% treatment withdrawal in patients receiving placebo plus ADT.

The results of this final analysis, taken together with the primary ARCHES analysis, support the benefits of enzalutamide plus ADT in mHSPC, Dr. Armstrong concluded. Further follow-up will be required to characterize the OS benefit in patients with prior docetaxel exposure and those with visceral metastatic disease, he added.